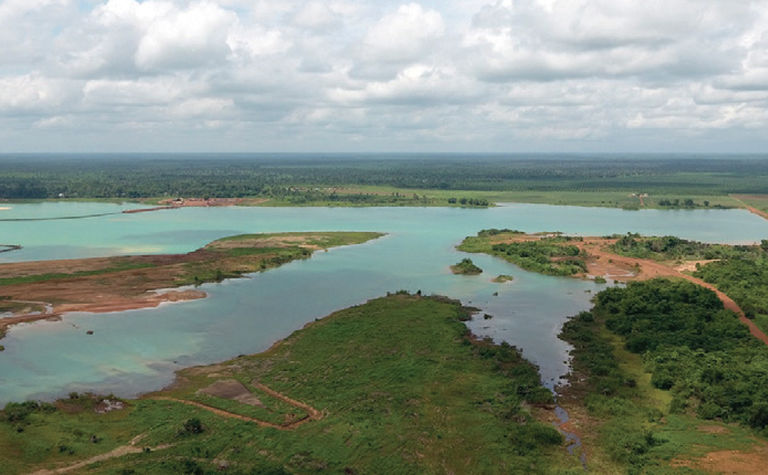 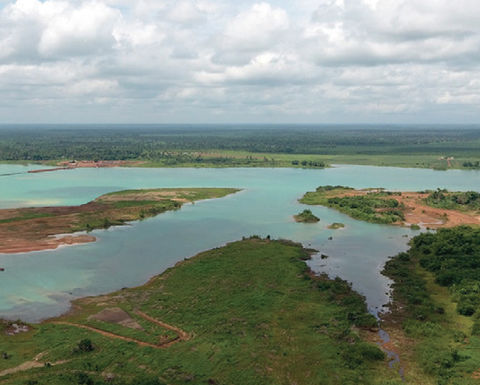 Sierra Leone has demonstrated potential for both alluvial and beach placers concentrated in stream sediments, or beaches and lakes.

The tributaries of some of the main rivers and lakes drain mineral rich areas such as the diamond fields of Kono and Tongo, the gold rich greenstone belts, the Kasila group of rocks - which are the main source of mineral sands (rutile, ilmenite and zircon) - and the Freetown complex, which is believed to contain platinum group elements (PGE).

Depth of weathering is considerable in the flat-lying western half of the country, which contains mineral sands and bauxites, while the eastern and central areas are hilly and rugged. This topography along with deep weathering and erosion of bedrocks has provided suitable conditions for the production and deposition of placers.

The drainage systems of the diamond fields have been targets for dredging since diamonds were first discovered in the Gbogbora stream, Kono District, in the 1930s. The main rivers draining the diamond fields are the Sewa, Moa, Bafi and Mano rivers, while the greenstone belts are mainly drained by the Pampana, Teye, Taia/Jong and Mabole rivers.

In some rivers, such as the Bafi and Teye, many of the diamond gravels and sands contain gold and both are mined with gold being the by-product. Getting gold from diamond mining is quite common in diamond mining areas close to the greenstone belts, and these rivers have been dredged for both.

The predecessor of Iluka Resources/Sierra Rutile started using dredges to mine mineral sands in 1967 and the Sierra Rutile concessions still host one of the world's largest natural rutile deposits. The deposits are derived from weathering of gneisses and amphibolites of the Kasila group, which remains largely under explored. This means there is potential for discoveries other than in Sierra Rutile's concessions.

The coastal plains that connect known mineralisation stretching from Liberia to Guinea are also a target for exploration, not only for rutile but also PGE. Other ore minerals present in Sierra Leone with the propensity of forming placers are cassiterite (tin), chromite and coltan.

Dredging is currently being done by a few small-scale mining companies, with Sierra Rutile running the only large-scale dredging operation.

Locally made dredges are common among artisanal miners, but a moratorium has recently been imposed on such practices by the National Minerals Agency as it goes against the Mines and Minerals act of 2009.

There is also potential for dredging to be used as means of providing construction sand to local contractors due to the depletion of sand from local beaches.

Message from the President