There is little chance of Guinea imposing mandatory beneficiation requirements 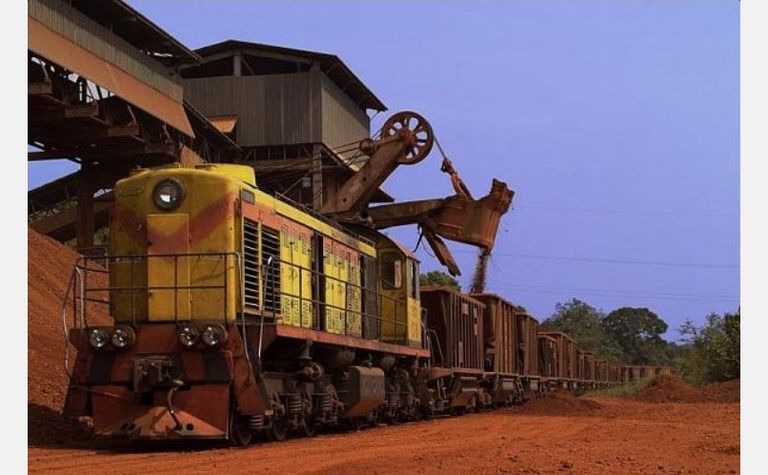 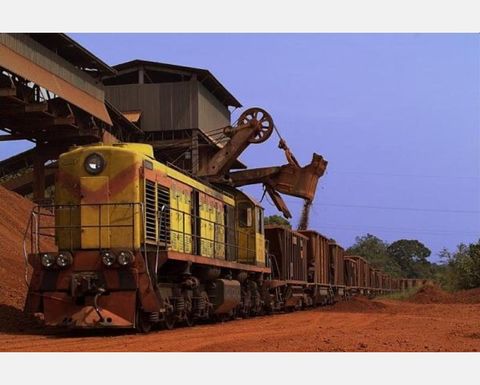 During a research trip to Guinea earlier this year, Verisk Maplecroft visited Africa's oldest alumina refinery in Fria. We wanted to confirm unofficial reports that the facility had restarted operations after a six-year hiatus. We were in luck: smoke was billowing out of the chimney stacks and masses of red bauxite were piled up beside the refinery ready to be fed into the furnace.

Guinea has the best-quality bauxite in the world and exports more of the commodity than any other producer. National output is forecast to rise even higher over the next five years, but the facility in Fria remains the country's sole alumina refinery. As a result, the vast majority of bauxite is exported in its raw form, representing a major missed opportunity for the country. Instead of obtaining taxes and royalties on exports of refined alumina worth more than USD400 per tonne, the state generates its revenues from raw bauxite (grade 36%-48%), which commands approximately USD30 per tonne - depending on the grade.

Unsurprisingly, refining was a recurring theme during our numerous conversations with mining officials and industry players. Lacking the necessary resources to get value-adding projects off the ground, politicians in Conakry are looking to mining companies to invest big. How the government can persuade firms to commit huge amounts of capex to a country with a history of political instability and corruption is the billion-dollar question.

Despite the prospect of a change of government in 2020, there is still little chance of Guinea following Indonesia's policy of imposing mandatory beneficiation requirements on companies.

So many promises, but still nothing to show

On the surface, the prospects look good for extra refining capacity. We spoke with several officials from Guinea's Ministry of Mines in June, and they confirmed there are currently six to eight alumina projects on paper.

For instance, in May the German-owned Guinea Bauxite Corporation signed a USD1.4-billion deal for the construction of a mine and alumina plant near Kindia. The project, reportedly set to become operational in 2022, should produce 8 million tonnes of bauxite per year, of which 5 million would be transformed into alumina at the refinery.

But the situation is not as rosy as it seems. The country has been here before. During President Condé's first term between 2010 and 2015, several companies signed contracts requiring them to construct refineries - subject to feasibility studies − to accompany their mining developments. Yet none of them made a real effort to deliver an integrated project, despite the government offering a strong financial incentive. While the state takes a minimum share of 15% in mining-only developments, this falls to a mere 5% for integrated projects, enabling firms to retain a bigger slice of the profits. However, this inducement has been unable to outweigh companies' concerns over the lack of skilled workers and of energy sources locally to power refineries.

Amid this failure to construct more refineries, Cellou Dalein Diallo, the leader of the main opposition party, the UFDG, has repeatedly derided Condé's boasts about Guinea's ever-increasing bauxite production. Diallo argues that every tonne of bauxite exported represents a lost opportunity to promote industrialisation.

Many officials within the mining ministry recognise the problem but believe the government had limited options. The alternative would have been to spend years in the courts trying to enforce the withdrawal of mining concessions ― a costly process that would have inevitably deterred other investors.

A new government, a new beginning?

With Condé's presidency due to end in 2020 and the ruling RPG lacking an obvious replacement, Diallo will never have a better chance to become president. Although Diallo has been a staunch advocate of getting companies to build refineries, it remains unclear how he would achieve this in practice. As a career economist, Diallo is fully aware that legally requiring firms to commit billions of dollars to building sophisticated facilities is a sure-fire way to discourage investment.

Despite its prized reserves and growing output, Guinea is still in no position to get tough with companies. When we spoke with members of Action Mines Guinée, an NGO based in Conakry, they pointed out that the state is not even capable of measuring the quantity of bauxite produced. Furthermore, mining products account for about 80% of all the country's exports. Other sectors would need to be much stronger before the government could adopt an uncompromising stance towards the mining industry. It has no credible back-up plan.

The primary obstacle for Guinea is that its development strategy is entirely dependent on its mining revenues. Last September, the government obtained a USD20 billion loan from China to develop the economy over the next 20 years. The loan is guaranteed by the taxes and royalties the state will receive from the mining activities of three Chinese companies ― Chalco, CPI and Henan Chine.

China is also set to finance and construct most of the planned new railways that will help Chinese companies export their bauxite more cheaply. Thus, the prospect of the next government ― whether RPG or UFDG ― seeking to punish companies, including the Chinese, for not building refineries is extremely remote.

In fact, the Chinese firms operating in Guinea are the most likely candidates for delivering an integrated project. They would have much less difficulty raising the USD2 billion needed to construct a refinery thanks to their access to state-controlled banks. With China placing more importance on securing mineral supplies for the next few decades rather than short-term profitability, these firms have a distinct advantage.

Moreover, growing concern about air pollution in China is encouraging Beijing to consider building more refineries abroad. And transforming the bauxite into alumina in Guinea before it is shipped to China would drastically reduce shipping costs.

So, there is a good chance that forcing companies to build refineries won't even be necessary: the economic, geopolitical and environmental considerations for China will probably become overwhelming. Within the next 10 years, Guinea should finally have its second alumina refinery, further reducing the threat of investors encountering mandatory beneficiation obligations.

Do high-quality interests and softening government attitudes mean 'it will be different this time'? 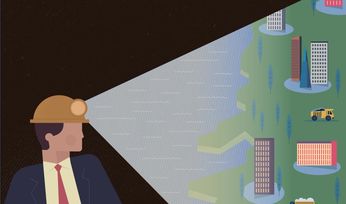 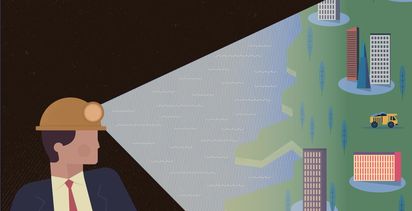 Kumova, Canyon confident they're on a winner

Financing risks can be managed