What if you could win awards for innovation and safety?

With Proudfoot, you can. 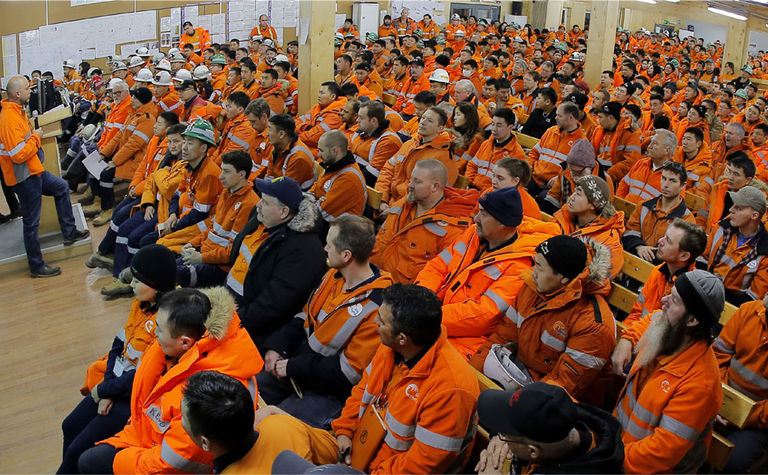 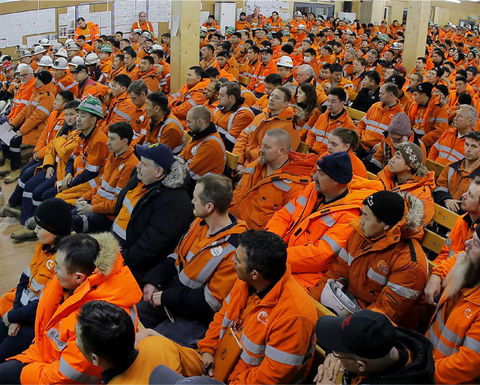 Large underground Mining operations are complex undertakings, with many moving parts, an expensive undertaking with reputational and personal risks.

When planning the execution world's largest underground mine project, Rio Tinto's senior team had the foresight to seek a fresh, innovative approach to keep it on track. Proudfoot worked with the Rio Tinto project execution team to develop, design and install a world-class solution: a unique management and planning system, built around people, behaviour models and safe operations. As a result, the project is leading safety results, on schedule, breaking records and winning global awards.

Rio Tinto's Oyu Tolgoi (OT) copper mine in Mongolia is one-of-a-kind and a colossal task, by any measure (see fast facts). OT's leadership knew all about the unpredictability of mining, and the frequency of cost overruns and delays. They knew that 50 percent of projects fail to meet time and budget forecasts. On top of these facts, one particular number stood out: each day of delay at OT represents $2 million of Net Present Value.

Knowing all this, our client wanted to do things differently, inviting eleven consulting

"We wanted a scalable system that would support decision-making for the overall project, not just isolated parts. Many companies have operating or planning system expertise. Some showed lots of clever things like tracking through technology and so on. But none of them had the people and behaviour expertise that Proudfoot brings to performance management.

"We also liked how Proudfoot runs a flat organisation. Their most-experienced senior people stay involved after they win an assignment. Instead of handing over the work to juniors and stepping back, their top people actually get stuck in on the ground and help deliver the work," adds Field.

One of those senior people is Jon Wylie, Proudfoot's president of global natural resources. Wylie arrived on site as one of nine Proudfoot consultants working alongside a multi-national client team of 30.

"Rio Tinto clearly has vast experience. But the OT project is unlike anything else they've managed before. The nature of any first is that you're in unchartered waters with all the unpredictability that goes with that. Large mining projects are always complex and risky, but this one is off the scale in so many ways; it's a colossal venture with huge economic significance to the partners.

At any one time you have construction, development and production all happening at once, the majority of work being done by hundreds of contractors, which in many cases have separate management systems. The complexity increases as work moves underground, with all these departments sharing the same infrastructure and space.

"Our client sought a world-class solution; not only a better way to plan, control and co-ordinate work more efficiently, creating a ‘safe operations' culture, but also co-ordination of all activities across their entire global value chain. We won the work because we had a greater vision than simple project schedule compression," explains Wylie.

Proudfoot's solution was to design and install a bespoke management operating system (MOS) and an integrated project planning (IPP) process. Together, these combined management tools optimise the allocation of space, time and materials for 3,000 people across more than 20 aspects of work.

This covers construction, development and production. We started developing the MOS at assignment bid stage, not after we won it. And by incorporating early client feedback into the emerging design, we delivered the system in only 12 months.

The big idea: shift complexity from execution into planning

Surprisingly for such a complicated project, Proudfoot's central idea was to align the entire orginisation across all departments, including contractor companies focusing on "best for project" then using detailed planning to manage and resolve constraints in advance, essentially increasing the complexity and detail of planning. Starting with activities planned a week in advance on an hour by hour basis including all activities and support work - in detail.

"By doing this, our client could take a best-for-project approach as everyone's guiding principle for making decisions. It's all too easy for functional leaders to base their decisions on information from within that function alone, without sight of the overall project's critical path. We designed a system with planning aligned across different operational silos. It also had scalability, so it could flex with the mine's peak operational and workforce growth, Wylie says.

"Our starting point was this: planned work is safer, more productive and the more cost-effective. If you begin there, it follows that you must cut anything unplanned or reactive. It was a completely different approach. Everyone had to understand their individual role. To see how what they did would impact others and the wider monthly targets. This ‘big picture' view created understanding of what was wanted and why. Everyone could see how their behaviour contributed to efficient, safe working and programme schedules.

"That was the all-important people dimension. Getting this part right is what makes OT project management different to anywhere else. Like OT itself, our work was truly pioneering. The MOS and IPP systems, the approach we took, all are unique because OT itself is unique," says Wylie.

One of the tools used to create understanding of the IPP process was the MegaMine 2.0 operations simulation board game played a key role, helping everyone to understand the importance of planning, following the plan and demonstrating the consequences of people's decisions on project outcomes.

Following system design, testing and approval we moved on to deployment. The Mongolian government is a major stakeholder in the OT project and mandates upskilling its citizens over a five year period, to improve self-sufficiency. In line with this, we began with inductions for 120 front-line managers and supervisors, all of whom were locals. Key to this was developing Mongolian coaching capability, so that deployment was in the local language, amplifying its effectiveness.

"Our client sought a world-class solution; not only a better way to plan, control and co-ordinate work more efficiently, creating a ‘safe operations' culture, but also co-ordination of all activities across their entire global value chain."
- JON WYLIE, PROUDFOOT PRESIDENT OF GLOBAL NATURAL RESOURCES

Proudfoot uses a range of techniques to make employee learning fun, engaging and memorable. In this project we created a board game in both Mongolian and English called MegaMine 2.0 (see above). Following front-line inductions, we moved on to coaching for heads of functions. The goal was to ensure leadership decisions were consistently driven by the tools and data within the MOS/IPP.

1. Alignment across all departments and functions starts at the top and is the first step in achieving a successful project

3. Management - Leadership must role model the behaviours and coach their direct reports

The IPP aligns and integrates all construction and maintenance plans across the project and will keep it on schedule. Work plans at OT are now created 48 to 72 hours in advance, compared to an industry standard of 24 hours. In some cases, they're produced as far as one week ahead. Managers at OT now achieve 10 hours of productive work per 12-hour shift. In Rio Tinto's other underground mines, the average is only eight hours.

"Many companies have operating or planning system expertise, but none has the people expertise Proudfoot brings."
- GREG FIELD, GENERAL MANAGER OF RIO TINTO'S OYU TOLGOI PROJECT

Safety performance data are equally impressive. OT is near the top of the scale. It is now the safest of Rio Tinto's underground divisions, leading by a margin of 50 percent. In January 2018, Rio Tinto chief executive Jean-Sébastien Jacques awarded OT managers his top safety, innovation and growth awards.

The improvement trajectory has continued. Midway through 2018, OT achieved an all-injury frequency rate of just 0.19 per 200,000 hours worked, setting another company record.

Proudfoot's exceptional work has won recognition too. In April 2018, the firm won Best International Project in the global Management Consultancies Association awards. For Jon Wylie and colleagues, this recognition for their work at Oyu Tolgoi represents a pinnacle career moment; one that could justifiably be described as symbolic of the ‘proud' in Proudfoot.

To secure significant productivity you must engage your people to be successful.

To find out how we can help please contact Jon Wylie, President, Natural Resources email: jwylie@proudfoot.com 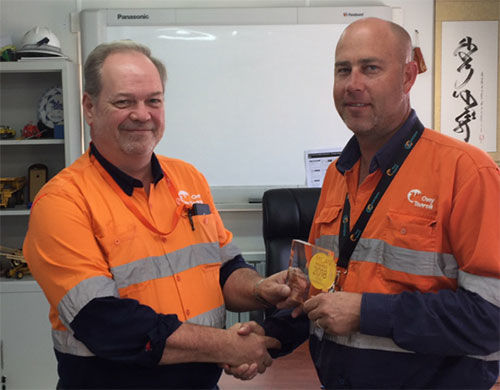 Miners urged to shoot for the moon