Standout Australian mineral drilling company DDH1 Drilling has played its part in the run of discoveries and exploration breakthroughs that have been a hallmark of the domestic mining industry in recent times. But company co-founder Murray Pollock says he is probably more excited about what the high level of success means for the future. 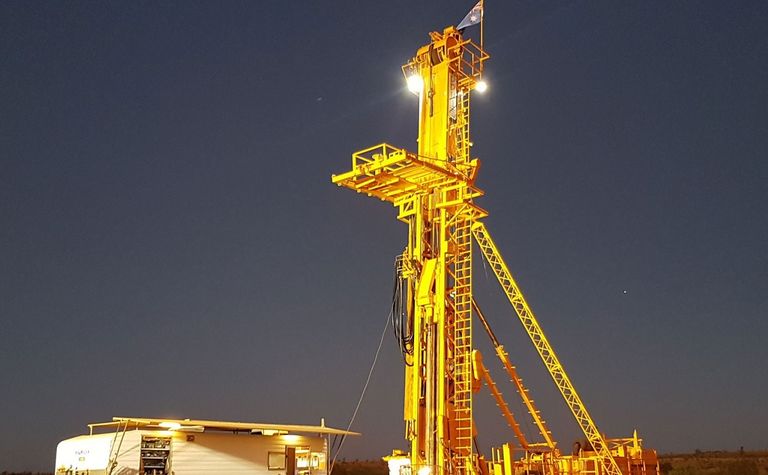 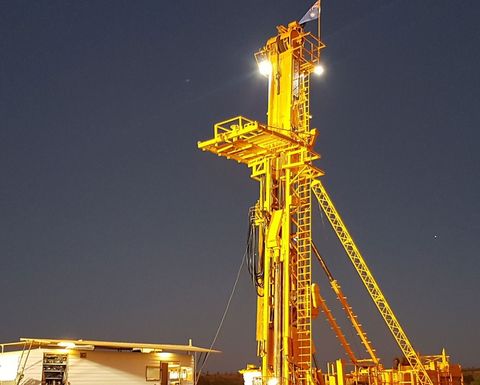 "The majority of our work isn't in exploration," says DDH1 director and veteran driller, Pollock.

"It's in brownfields drilling and the long legacy of future work that new mines are going to provide for us.

"We have seen, and are seeing now, some gutsy drilling programs … Every day there seems to be better and better results from so many projects. I think it creates a fantastic future for the whole industry, including for our company."

The focus of Australia's biggest METS (mining equipment, technology and services) sector initial public offering of the past 12 months, DDH1 is raising A$150 million and aims to list on the Australian Securities Exchange in March.

The company has seen strong growth since its inception in 2006, through cyclical ups and downs in Australia's large drilling market, and recorded revenue CAGR of about 21%, and EBITDA CAGR of 17%, over the past five years. That includes the COVID-19 interruption of the past 12 months or so, when mitigation steps by governments such as border closures and travel restrictions slowed movement of DDH1's far-flung workforce and large drill fleet, says CEO Sy Van Dyk.

"Our growth rates on the EBITDA level should have been better if it wasn't for us having to navigate quarantine, and border closure, and not having access to our field staff for every available shift that is out there," he says.

"Because we definitely have the demand.

"There is very strong demand in the Australian market landscape and we see that we can grow in Australia for the foreseeable future."

Regarded as a world leader in the specialised and lucrative deep directional drilling field, DDH1 these days has a diversified order book - covering reverse circulation and aircore, as well as a number of the country's big diamond drilling programs - and client base. Its IPO prospectus is guiding for FY21 EBITDA of A$69.3 million on $280.2 million of revenue.

The planned $150 million raise at $1.10/share, which will see major DDH1 shareholders sell down and the company emerge debt-free, implies a $376.5 million enterprise value and nominal 5.3-times EV to forecast FY21 EBITDA ratio.

That compares with TSX-listed international peer Major Drilling International's current C$536 million market value and circa 8.5-times EV to trailing EBITDA ratio. Major is one of the few other debt-free drillers in the global contract mineral drilling space of similar scale.

It is generating EBITDA of circa C$50 million on annual revenue of more than C$400 million with about 600 rigs and 3000 people.

The company has one of the highest fleet utilisation levels in the industry, which can be put down to sustained demand for its services through market cycles, the calibre of people it retains to operate and maintain its rigs, and its relatively young fleet.

"One of the big differences in DDH1's performance through the cycle is [high] utilisation," Pollock says.

"We rate utilisation by about the hardest metric you can, so 100% of a diamond rig's utilisation is based on two shifts, 365 days of the year. That's not the same as using a rig once a month in a downturn and counting it as utilised. We got down to around 50% during the last downturn, which would have been double or more standard industry utilisation, at the most critical time."

"The business has grown since inception and year in, year out we've added more rigs"

Times are a lot different now.

Van Dyk says from its commencement DDH1 invested in quality equipment for the work targeted, and has been able to "attract and retain the best operational team that's out there".

"I think that's testament to the environment that's been fostered over time," he says.

"It's a tough industry, no doubt about it. When we bring new, or green, people into the business it can take 11 or 12 months to decide if the environment and work is for them. We find our turnover rates then dramatically decrease.

"Once that drilling bug takes hold of people they become passionate about all things drilling. And that passion is one of the things this business is so well regarded for.

"We're delivering a product for our customers that's critical for them to use on their mine sites. It's important that our people are passionate about delivering the product."

DDH1 has invested in new drill rigs for additional work and sees growth opportunity in mineral drilling Australia-wide and potentially offshore. The company is also examining opportunities in the underground and waterwell drilling arenas.

Having expanded its commodity and market segment exposure via previous acquisitions, DDH1 has shown it is not averse to value-accretive M&A.

In terms of capital allocation, it has also flagged a dividend payment policy of up to 50% of net profit after tax, made up of interim and full-year payments, starting in the current year.

Van Dyk says the full effects of current fleet growth is expected to be seen in FY22.

"The business has grown since inception and year in, year out we've added more rigs," he says.

"DDH1 has got that real core DNA to grow during the good times and the tougher times because of its service offering and the value proposition that it has, and the market segments it focuses on. Right now we're in a period of enormous demand for our services.

"We foresee that market continuing for many years ahead.

"With technology advancements in the geophysics space, and the seismic space, and AI, people are seeing anomalies deep in the ground, and we're seeing first-pass exploration go deeper into the ground than ever before. We're very well placed to meet that demand and have a well-earned reputation for excellence in that market.

"But we are seeing really robust demand across the board.

"You've got very strong commodity prices. The raisings from the stockmarket have been very strong, and our clients are well funded to continue with their growth, and they need us to drill for them.

"And we're also seeing bigger mining companies refocusing on exploration and enjoying quite a bit of success.

"It's all very good news for us as a business."

DDH1 - the value of experience

DDH1 - the value of experience

i-80 Gold looks to Lone Tree for leach profits