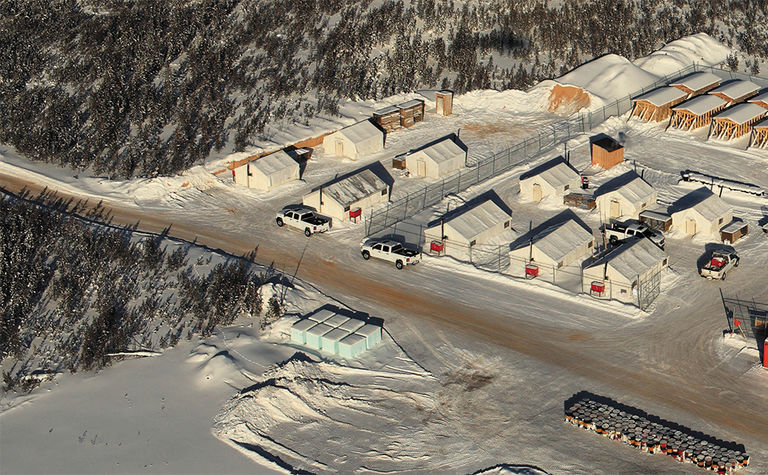 Timing counts for a lot in the mining space and Ross McElroy, president and CEO of Fission Uranium, has seen the stars rapidly align in the months since he took the helm in September 2020. As the uranium market positions for another up-cycle and money is flowing into the space McElroy has steered Fission from an explorer to a development company, poised to advance the Triple R deposit at its project Patterson Lake South (PLS) project in the southwestern Athabasca Basin in Canada.

McElroy has built a team capable of permitting and building Triple R, including Mark Wittrup to head the regulatory and environmental permitting and Gary Haywood as VP project development. Wittrup brings over 40 years of experience in the uranium sector and environmental and regulatory work including playing a key role in the permitting process of Cameco's McArthur River mine across the other side of the Basin. Haywood is a professional mining engineer with over 35 years' experience including senior positions at underground uranium mining operations with Cameco at its Eagle Point and McArthur River operations.

"My first goal after becoming CEO in Sept 2020 was to build a team that can take the project through the next phases of development and we have successfully done that. We have the core team in place, and we have the funds to deliver on the plan we've outlined," said McElroy.

Fission raised C$34.5 million via a bought deal financing in May which brings the total raised in less than a year to almost $60 million which means the company is funded for the next two years, which will allow it to advance through the feasibility study and the EIS. "The market likes what we are doing. Our successful financings over the last eight months are a direct response to Fission becoming a developer, to our change of leadership and to the high calibre development team we've build. The next raise will be for funds to build the project," said McElroy.

Fission plans to commence the feasibility study field work beginning in June and continuing to March 2022 on its path becoming one of world's lowest cost uranium producers. The 2019 pre-feasibility study stated a bottom quartile production cost of $7.18 per pound, a three-year construction time and 25% post-tax internal rate of return from a resource of 2.2 million tonnes grading 2.10% U3O8 for 102.4 million pounds and an inferred resource of 1.2Mt grading 1.22% for 32.8Mlb following an initial capital cost of C$1.2 billion. The construction start is pencilled in for 2026.

The near surface location of the deposit, starting just 50m below the surface, means Fission could enjoy significant technical and operating cost advantages over the established producers in the Basin, and therefore have a lower incentive price to trigger a construction decision. Cameco's Cigar Lake mine is at depths of more than 400m for example and its McArthur River deposit is 500-600m deep.

The next tranche of work will focus on field work data collection for the feasibility study, including geotechnical aspects such as pilot holes along the decline access to the orebody to understand the rock conditions this will be developed in, and geotechnical drilling to understand the ground characteristics to optimise the location of site infrastructure, with a goal of completing the feasibility in 2022.

Shallow ore bodies tend to present lower technical risk than deeper orebodies. In addition, unlike many other existing uranium mines in the Athabasca Basin, Triple R has the advantage of being basement hosted rather than unconformity deposits, which can be tricky to develop. "Basement rock is much more competent and stable rock compared to unconformity deposits," said McElroy.

The basic operational parameters are likely to remain the same as in the PFS with a target production profile of up to 13 million pounds per year, although the feasibility work will seek ways to reduce the capital cost and make other enhancements including expanding the deposits, infrastructure cost savings and potentially taking advantage of other developments on the horizon.

Recent work on the resource has included infill drilling to update inferred resources to indicated so that they can be classified as reserves in the feasibility study. Drilling later this year will also include substantial expansion drilling as the company seeks to extend the current seven-year mine life.

"The bulk of the PFS resource is at the R780E zone and we drilled an additional 20 holes there this past winter with the goal of moving inferred areas to indicated. But we also have three high-grade zones along trend not included in the current mine plan. The next prong is to drill at the largest of these, the R840W zone, in June with 25 holes to upgrade it from inferred to indicated. As this zone currently sits outside the PFS resource, we expect these holes will convert almost all the inferred resources to indicated which would allow the zone to be brought into the feasibility. We are targeting getting the mine life up to 10 years and upwards," said McElroy.

With the transition to developer complete, the company has also increased its level of engagement with rights holders and stakeholders, recently signing an engagement and capacity agreement with the region's largest First Nations group, the Clearwater River Dene Nation. "Our team has connections with the local community going back as far as 30 years in some cases. Successfully developing a mine is a collaborative process built on transparency and trust which, done properly, helps to ensure that the community and the company both benefit from the end result," said McElroy.

A couple of other possibilities which could positively impact the development have the Fission team excited through their potential to generate efficiencies and save on capex.

"One of the unknowns is the possibility of having infrastructure synergies with neighbouring NexGen Energy which has a development stage project located just 3km from ours. There is the potential to share the development of roads, power and a mill. Sharing of major items could have a significant impact on reducing capex for both companies by eliminating duplication. Although in the feasibility we have to show ourselves as a viable standalone operation with economics that are not dependent on others, I think the local communities and First Nation groups as well as the government would prefer to see one mill and not two," said McElroy.

Fission expects to enter into the environmental assessment phase this summer with the submittal of a project description and terms of reference. Once the feasibility is completed, then the project will undergo the EIS process, expected to start in 2023, which is a two- to three-year process. That puts Fission on a path to potentially build the mine starting in 2026 and producing ore three years later.

There is also the possibility that, by this time, small modular reactors (SMR) could be commercially available and provide a power alternative for Triple R rather than using LNG to generate power on site. "This would be an incredible advance and would be a closing of the loop in terms of using nuclear power to produce uranium to provide fuel for producing nuclear power. Deposits in the Athabasca Basin are already extremely environmentally friendly because they are high-grade and have a lot of uranium contained in a very small surface footprint," said McElroy.