Company could be on the verge of a massive gold discovery 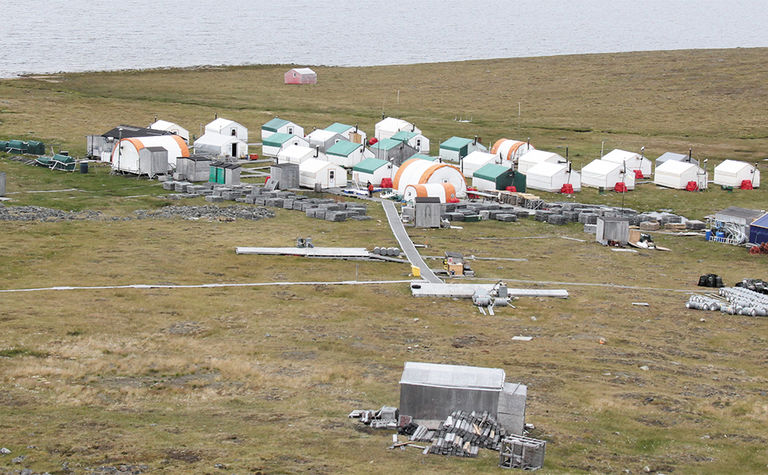 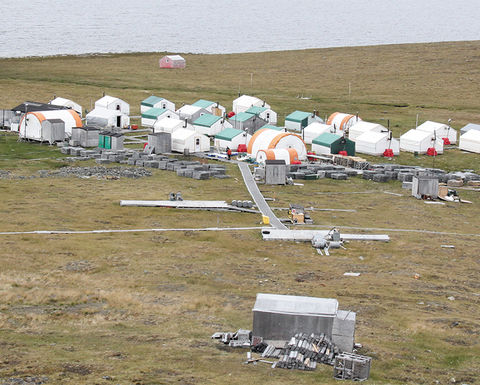 It's shaping up to be a golden summer for cashed-up TSXV-listed Orford Mining as the company ventures back to Nunavik in the northern reaches of the mining-friendly province of Quebec - with well over $5 million dollars to spend on exploration.

"We're excited about the big exploraton plans we have for this summer and the results we're going to have. This is our biggest expenditure year ever on exploration, and the news flow is going to be huge," Orford CEO David Christie said.

In the Inuit language of Inuktitut, Nunavik means "great land". And great is right. Nunavik takes up a third of the largest province of the second largest country on the planet.

"Great" could also be applied to Orford's 100%-owned interests in the region. The company's Qiqavik project's  gold property in the highly prospective and underexplored Cape Smith Belt covers 390sq km, its West Raglan high-grade nickel project runs across 840sq km, and its three gold properties in Abitibi are a combined 209sq km.

"There are not many companies out there that have a drill-ready very-large nickel project like West Raglan, as well as great gold exposure in one company.

The CEO's excitement around this summer's exploration follows Orford making the rare and potentially gigantic discovery of a brand-new gold belt at Qiqavik. And the West Raglan nickel project has caught the eye and backing of one of Australia's largest private investment groups, Tattarang and its metals division, Wyloo Metals Tattarang, Wyloo is the holding company for the Forrest family's private business interests. Andrew Forrest  is the chairman of iron ore giant Fortescue Metals Group.

"We're spending about $3 million this year on the high-grade Qiqavik gold project, which has camp scale potential. The project itself is over 40 kilometers in length - so it's pretty enormous. It's extremely rare to find what we have there. The potential of multiple gold deposits is huge.

Christie has been in the business a long time - 35 years. He's a professional geologist and has background as a mining equity analyst and managed money for the Dundee Group. But the discovery of new gold belt has still surprised him.

"I don't know of how many times people have found new gold belts in modern times - but it's very rare in today's world.

"Usually there's a showing there, or there's a reason someone goes back into an area - but this is a brand-new belt and we've discovered gold across the entire trend. We haven't had that big smoking gun of a hole yet - but we believe we're very close," he said.

That confidence is spurred on by the fact that in less than five months of field work to-date, Orford struck gold - and a lot of it - in the form of a multitude of high-grade grab samples of up to 648g/t Au. It's a camp scale property with more than 12 high-grade gold showings at surface.

Given the location, there's a very short-field season to get the work done in - and the region was closed last year due to the pandemic.

"We've only spent 21-weeks on the ground on this project and we've done a lot of work in that very short period. We run very intensive programmes for those two months or three months of the summer.

"We're going to go back in there this year to spend that $3 million over a two month period and we're going to have a lot of data that comes out of that - and hopefully some great drill holes.

"That's our goal for the summer - to really find some good things on the IP Lake Trend. And we're pretty confident that's going to happen.

The project led to Canadian multinational Alamos Gold in 2019 becoming a strategic shareholder in Orford - while it's also advising on the other projects.

And while Qiqavik's potential certainly glitters, it's not gold that took Orford to Nunavik.

"The reason we were up there already is the very large West Raglan nickel project just to the south of Qiqavik.

"Two world-class operations are just to the east of us. There's Glencore's Raglan and Canadian Royalties' Nunavik nickel mine. Raglan is extremely well placed on the nickel cash curve. And both are very high grade.

West Raglan has comparable geology to Glencore's mine and historical exploration has found eight significant discoveries at shallow depths with best results containing five high-grade mineralised lens  clusters at Frontier over a 2,500 metre strike with grades in the range of 2-3% nickel, 1% copper, and 3+ g/t PGE.

It is attributes such as these that drove Forrest's private investment vehicle, Wyloo, to sign a $25 million earn-in joint venture in West Raglan. As one of Australia's largest private companies, Wyloo can earn up to 80% of the project in return for total expenditures over seven years.  Wyloo also needs to complete a feasibility study to earn 80% of the project.

"They've agreed to spend $1.7 million on the project this year. We're excited to have them as a partner on West Raglan. That gives us a lot of exploration bang this year and allows us to share the risk.

"We'll continue to operate, which allows us to make a management fee, and if this project is a viable thing, it's a billion dollar-plus project. For Orford, that would be $200 million - which is huge.

In March this year, Orford completed 25 holes on McClure East and seven holes on Joutel South, which provided 122 till and 37 bedrock samples - with preliminary observations showing sulfides and quartz veins.

"Between Qiqavik, the pending results of our Joutel project, and the West Raglan geophysics and ground truthing that's going to happen - we will have a lot of news to talk about this summer and fall," Christie said.