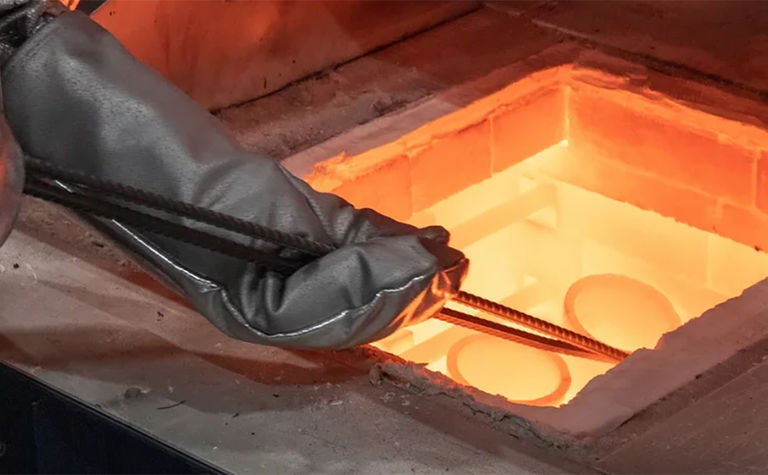 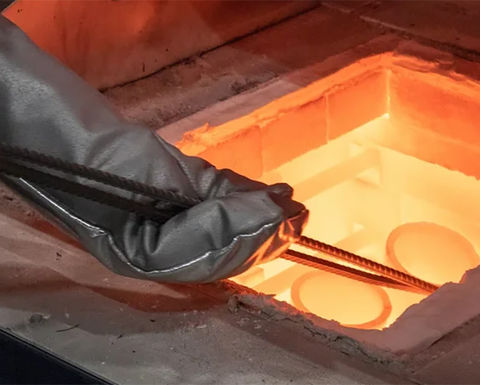 Russia and Kazakhstan-focused gold miner Polymetal is in the middle of one of its most exciting growth cycles to date and has a project pipeline that will secure its position as one of the largest gold and silver producers in the world.

Production this year is forecast at about 1.5 million gold equivalent ounces (GEO), but expansion will push it up to around 1.75Moz GEO, or 12% accumulated growth from now until 2025.

Further growth beyond that date is anticipated by investors, who have also been impressed by Polymetal's ESG credentials. The company plans to invest $850m on a programme to cut emissions 35% against 2019 levels by 2030.

Polymetal's downstream processing facilities in the Russian Far East for refractory gold could see a big uptick in business as third-party producers seek ‘cleaner' links in their supply chains.

With Moscow accelerating plans to usher in a greener economy, Polymetal reckons many Asian produc- ers will look to process their refractory concentrates in Russia, rather than China, where a highly polluting roasting technology is employed.

The company's Amursk-based pressure oxidation plant, dubbed POX 1, was commissioned in 2012 and POX-2 won't be far behind with first production slated for 2023.

The importance of these investments can't be overstated. In five years, almost 40% of annual production will be double refractory ore that needs to go through a sulphur oxidation process in order to maximise gold recoveries.

POX-2 will allow Polymetal to enjoy 100% in-house processing, rather than selling to off-takers, something that will result in lower costs, higher recoveries and a reduced environmental footprint.

Overall, it's expected POX-2 will reduce all-in sustaining costs per ounce for refractory assets by between $100/oz and $150/oz, hardly small beer.

Many Russian gold miners will soon have difficulties sending ore for processing to China anymore because of an environmental clampdown, and Polymetal has been processing some ore for third parties already at its existing POX 1. That business model will continue at POX-2.

But its expansion plans envisage going one step further. In a plan unveiled this year, POX-3 would aim to take third-party business from around South Asia, Australia, and perhaps one day, South America.

Maxim Nazimok, CFO, explained: "What we are really considering is expanding downstream processing as a separate line of our activities, creating a distinct downstream business that could feed this third pressure-oxidation facility in addition to our own refractory reserves."

Polymetal struck a deal with Blackham Resources in March 2020 to process ore mined in Western Australia at Amursk POX. It said at the time that the deal helped to strengthen the case for a second POX facility, and Nazimok said a potential separate business line could provide a dedicated stream of material "from producers across the world."

The plan is still on the drawing board, but Nazimok said the news had created a certain amount of noise in the market.

"This has made a splash, and we are seeing continuous requests from various interested parties, so I think by the time we approach the feasibility study we will be in a position to have more certainty and visibility about the level of external feed.

"With tightening environmental regulations in China, Chinese capacity will be more limited, or become very expensive. And we want to be there to substitute China as a downstream processor with significantly better environmental credentials."

Elsewhere, the biggest growth project to come off the blocks this year will be Nezhda, Russia's fourth-largest gold property. The project is located in the far eastern region of Yakutia.

‘Success is down to our technical know-how and expertise'
- MAXIM NAZIMOK, CFO

The estimate of proved and probable ore reserves contains 4.4 Moz of GEO at average grade of 3.6 g/t GEO. Total capital costs for Nezhda in 2019-2021 are estimated at US$ 330 million, funded out of free cash flow, and first production is expected in the fourth quarter of 2021.

Nezhda will add 180,000 oz annually as it ramps up in 2022. Life of mine is to 2045. This year, the board is also expected to make a final decision on Veduga, a high-grade refractory gold asset in the Krasnoyarsk region, the top gold producing region of Russia.

If approved, first production would be in 2025 and output would be similar to Nezhda.

The board will also make a final decision on whether to develop Prognoz, the largest undeveloped primary silver deposit in Russia and currently one of the world's top silver development projects.

Investors in London are watching for signs that Polymetal could diversify its asset portfolio to include other minerals.

In March, its CEO, Vitaly Nesis, told the Financial Times the company's board had approved a proposal to dedicate a larger share of exploration spending to explore for copper and other base metals alongside gold.

But Nazimok makes it clear the group has no plans to buy a copper project that is already in production.

"If you look at our history, you will see it is very unusual for us to invest in mines that haven't been built by Polymetal," he said.

"That's the area where we create most value - our unique set of engineering skills that we bring to a project, thinking outside the box in terms of structuring the operation, and our expertise to develop the value chain."

The plan is to acquire greenfield resources and develop copper capacity from scratch. Besides, as Nazimok points out, the copper price has already seen a very strong run, "so any prices for established reserves or operating mines would be naturally elevated".

Nazimok said it was quite possible copper would become "a not insignificant" contributor to profits and production by the end of the decade.

Polymetal's interest in rare earths was underlined in April when it released an ore reserve estimate for the Tomtor niobium and rare earths project where it has a 9% stake. The next step is a bankable feasibility study. There is also its interest in Viksha, Polymetal's first PGM project, which Polymetal started to explore in 2012.

It's one the largest openpit PGM deposits in the world and contains roughly 9.5 Moz of palladium equivalent. Provided the development decision, which is supposed to be taken in first half of 2024, is positive, the asset could enter production in 2027.

Nazimok said: "Our interest started a few years ago and like copper, we saw a structural deficit in the market largely due to supply constraints in South Africa."

Asked what he would flag up as Polymetal's standout features, he said: "The proven track record on delivering on our promises, both in terms of production and in terms of project commissioning. Also, Polymetal's business skill mean we have been able to meet the challenge of projects which other people have walked away from, thereby creating huge value to shareholders."

Kyzyl, its flagship mine in east Kazakhstan, is the best example, Nazimok said. "Its success is down to our technical know-how and expertise, and importantly, knowledge of refractory ore-processing technologies."

Last but not least, he drew attention to the group's strong ESG performance, which makes Polymetal a standard-bearer in the global metals and mining industry. In 2020, it recorded a 36% year-on-year decrease in fresh water use and 89% of water was reused or recycled (in 2019 it was 87%).

Polymetal's financials have long drawn positive commentary from analysts. It's one of the sector's best dividend payers and among the top performers within its global peer group. 2020 results were outstanding, with record free cash flow of $610 million and a record investor pay-out of $1.29/share. The average dividend yield between 2016 -20 was 4.1%.

Kyzyl has been delivering strong operational performances in the first two quarters of 2021, with Q2 seeing a 28% surge in production year-on-year.

Nazimok pointed out the com- pany's two pillars were "high-grade assets and refractory expertise that have gone hand in hand in driving the company forward".

"It is the mastering of the pressure oxidation (POX) process that has given Polymetal confidence to pursue large, high-grade assets that were abandoned during Soviet times when refractory ore was encountered," he said.

"And there's plenty of upside from where we are at the moment," said Nazimok.