Technological makeover for part of OceanaGold's Waihi Operation, the Martha Underground Mine 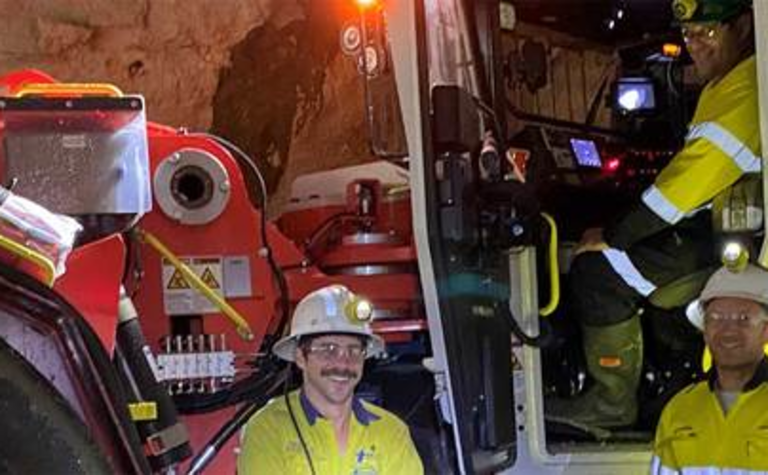 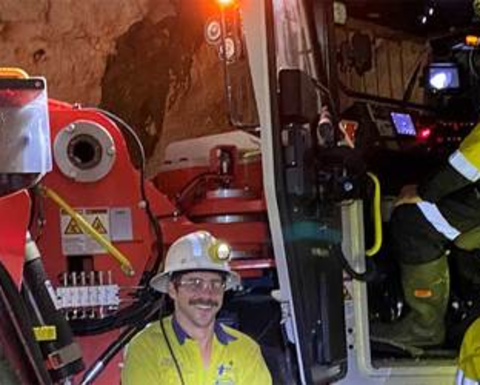 ONE of New Zealand's oldest mines is getting a technological makeover, with equipment and a digital transformation playing a key part in boosting output and making it the country's most technologically advanced underground mine.

The Martha Underground Mine is part of OceanaGold's Waihi Operation, in the town of Waihi on New Zealand's North Island. First operated in 1879, the mine was one of the world's greatest gold mines back in its day, until a drop in the gold price saw the mine gate shut in 1952. By then, 175km of tunnels had been driven into the quartz of Martha Hill.

A rising gold price in the 1980s reignited interest in Martha from the then newly-established, Waihi Gold Mining Company, with the Martha open pit mine opening in June 1988, before being acquired by Newmont in 2002.

Today, the mine is owned by OceanaGold, which bought the operation in 2015. After the acquisition, OceanaGold quickly established a significant exploration program and introduced technology to improve the operation's performance and output.

Waihi Operation General Manager, Matthew Hine, said the company was very pleased with the progress made at the new Martha Underground.

"Development of the Martha Underground kicked off in February 2019, achieved first gold production in mid-2020 and continuous milling this year," Matthew said.

"Martha Underground is one of a number of exciting opportunities for the operation. In July 2020, we released our Waihi District Study, which outlined the potential for an extended mine life for Waihi to 2036 from the Martha Underground, Wharekirauponga (WKP) Underground, Gladstone Open Pit and a cutback of the existing Martha Open Pit."

"We continue to be very excited for the future. Expanding Waihi and developing the Wharekirauponga Underground would bring significant economic, social and environmental investment along with hundreds of additional jobs."

Not bad for an old gold mine that has endured a stop-start existence.

"The tonnes bogged per hour rates we are seeing from implementation of the new AutoMine system are a 15% improvement on what we had previously. We are seeing less wear on our bogging fleet as the remote paths are strategically mapped and tramming speeds are set before remote activities start," Alex said.

"The equipment and its technology are supported by a SMART Centre, operating on the surface 24hrs a day. It acts as the gatekeeper for an array of digital information, broadcasting operational performance that ranges from primary pump station dewatering rates, through to ventilation draw and operator cycle time. It interfaces as a suite of interactive reports, which the operations team interrogate as part of the continuous improvement process to de-bottleneck the operation."

Two such focus areas are reducing mine profiles and improving truck efficiencies.

"Reduced ore drive profile sizes have recently been reviewed with careful consideration given to our downhole drilling requirements and ore body geometry. A reduction in the cross-sectional area throughout our ore drives will have a range of benefits including faster development rates reaching stope fronts earlier, reduced costs and higher development ore tonne grades delivered to the ROM," Alex said.

Along with the new TH551i trucking fleet demonstrating greater payloads and tramming speeds, and to further improve efficiencies, OceanaGold installed ventilation door switches in the dashboard of the truck cabins. The switches remove the need for trucks to stop on the main travel way.

"The vent doors are now remote controlled by a switch built into the truck, to prevent them  from stopping on the decline. Across the truck fleet, stopping on the decline was equating to up to 5,000 lost hours per year - so we have essentially added a new truck into our fleet without absorbing the cost of purchasing one. We will also see less mechanical wear and premature failure to truck transmissions and final drives," Alex said.

For Alex, helping get the Martha Underground operation up and running is a fresh challenge. He swapped the red dust of Western Australia for the cooler climes of Waihi a couple of months ago to take over as Waihi Underground Manager. A residential worker, Alex lives about three minutes from the mine.

"I'd been hearing about Waihi here and there, the mine's location and the iconic history interested me," Alex said.

"Most of the mine workers are local to the area. The mine provides excellent community support to Waihi and nearby towns."

Alex reckons he got to Waihi at an interesting time, with development of the Martha Underground ramping up alongside production.

"Development is still very much a focus area and we are trending well with our physicals, increasing and over achieving on our development rates are critical to opening up new stoping areas early, the key is to get to steady state production, safely and ahead of schedule," Alex said.

"My job is to make the project efficient, cash-flow positive and turn out a self-funding site safely."

Work at the New Gold-owned mine has been suspended and the chief inspector of mines is investigating...