Despite the huge amounts of exploration expenditure in the last mining boom between 2011-20131 , there has been a noticeable lack of new mines in development. One reason is that mineral exploration is naturally subject to diminishing returns; the more deposits discovered, the fewer left to discover in future. Also, much of this capital was focused on brownfield, often low-grade expansion projects, with only a handful of new, truly greenfield, discoveries. Now, with another economic boom on the horizon, and substantial deficits potentially looming for commodities such as copper, expectations will be placed on the exploration sector to improve discovery rates in both brownfields and greenfields environments or otherwise face a ‘commodity crunch'.

To maximise success, a key goal of the exploration sector should be to objectively allocate capital to projects with the most potential for financial gain, in terms of production and not just share growth. On the reverse side, this means redirecting cash away from projects with low probability of an economically viable discovery. This is easier said than done. Therefore, the question must be asked: can we develop better methods of assessing prospectivity against the cost of acquiring, exploring and developing a prospect? 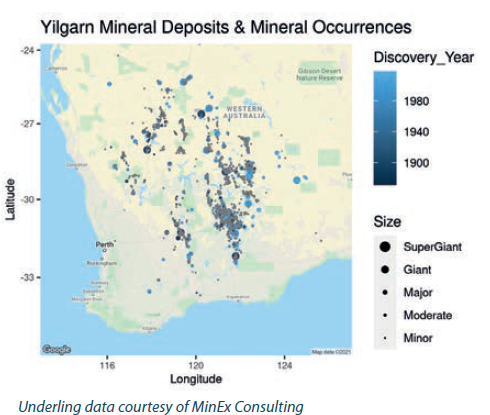 There are various initiatives attempting to answer this question, among them Project Murchison, an R&D project led by SRK in partnership with the University of Exeter through the Knowledge Transfer Partnership scheme, supported by Innovate UK and the Welsh Government.

Project Murchison aims to replace current approaches, which can rely on qualitative analysis and/or subjective judgment during boom times, with a new approach aimed at establishing Absolute Prospectivity. The objective is to estimate this through modelling in-situ mineral wealth and coupling this with mineral endowment predictions while aligning to real-world mineral exploration performance/success. This would allow for the assessment of the probability of various exploration outcomes and how these vary across an area of interest. Later, the project will focus on the creation of a dynamic exploration model to assist explorers in efficiently apportioning capital to projects, with valuations and strategic decision making.

Leading with a mineral systems approach

To arrive at a map of Absolute Prospectivity, a mineral systems-based approach is utilised, which seeks to move away from a focus on direct detection of anomalous ground using analogues from known deposits and towards a more holistic determination of factors controlling deposit generation and preservation. The approach combines geodynamics with geological constraints on the location of key mineral system ingredients to highlight new regions (known as new search spaces) of potential mineralisation. An important tool for studying the distribution and endowment of mineral deposits in space and time, it is particularly useful for assessing under cover.

Juniors, who still account for the bulk of exploration expenditure, are never going to be capable of amassing the quantum of data required for robust mineral systems modelling on their own. As the mineral systems approach becomes more adopted across the industry, jurisdictions can encourage exploration by broadening access to pre-competitive data and breaking the paradigm of data secrecy that is prevalent in much of the world.

Australia is a world leader in pre-competitive data, hence why the Yilgarn in Western Australia was chosen as the testing ground for Project Murchison. Canada and Finland are further good examples, and other countries can attract exploration by following their lead. 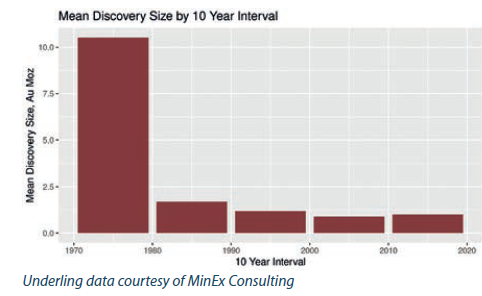 As more data becomes available, machine learning can be utilised to accelerate the pace of data analysis and look for seemingly invisible connections between different data sources. Thorough and systematic statistical modelling of the relationship of these data to mineralisation can quantify the importance of these connections, creating a platform from which to make strategic decisions.

The 2021 Mining Magazine Intelligence exploration survey asked whether future demand can be catered by brownfield exploration alone - and the response was an overwhelming ‘no'. The challenge with greenfield exploration is that it carries higher risk and, initially at least, a substantially lower probability of discovery - hence why greenfields are left largely to the more risk-tolerant junior explorers. Greenfield success therefore requires a sound, staged exploration strategy, founded on good science, technical capability and investors who are understanding of and tolerant towards risk.

It is important to understand that due to the ease of their discovery, larger deposits tend to be discovered earlier in an area's exploration history; for example, mean gold discovery in Western Australia has systematically fallen from roughly 10 million ounces in the 1970s to a little over 1Moz since 2000.

The probability distribution for discoveries of different magnitude is therefore steeper but with the probability of a large discovery and no discovery often heightened at the expense of the probability of making a modest discovery. As the downside risk of no discovery is limited to exploration cost as opposed to a modest discovery, which may entail extensive resource and engineering expenditure, this can make quite an attractive potential return profile for a risktolerant explorer. An important insight here is that the moderate to world-class discoveries that exist in the long tail of the probability distribution are what makes exploration worthwhile and seeking projects with a large range of uncertainty can often make sense, even if overall probability of discovery is lower than average.

Absolute Prospectivity works on the basis of the different financial value of exploration outcomes weighted by the probability of each happening. By following such a quantitative approach, capital can be directed to those projects with the highest expected financial gain, maximising exploration efficiency. In a world where a significant proportion of exploration expenditure can be spent on nonproductive programmes, increased efficiency means walking away sooner from projects with low probability to attain any results better than marginal, and for it to be redirected to projects with a greater probability of return. These projects may be greenfield projects that conversely have a lower chance of discovery of any kind, but a higher probability of high-value outcomes such as a world-class discovery.

We believe that minerals system-based thinking, supported by greater access to data and guided by the use of advanced analytic tools and approaches to evaluating ground and exploration performance, will aid the exploration sector to more objectively assess the prospectivity of greenfield sites. This will ensure that capital flows to those projects with the best chances of becoming an operating and profitable mine, resulting in an increase in overall efficiency in the sector.

AI and the 21st century geologist

Space mineral search could be getting off the ground