"The [palladium] market has a very positive fundamental outlook"

The palladium price has hit a fresh all-time high as analysts continue to point to a positive outlook for the metal primarily used in the car industry. 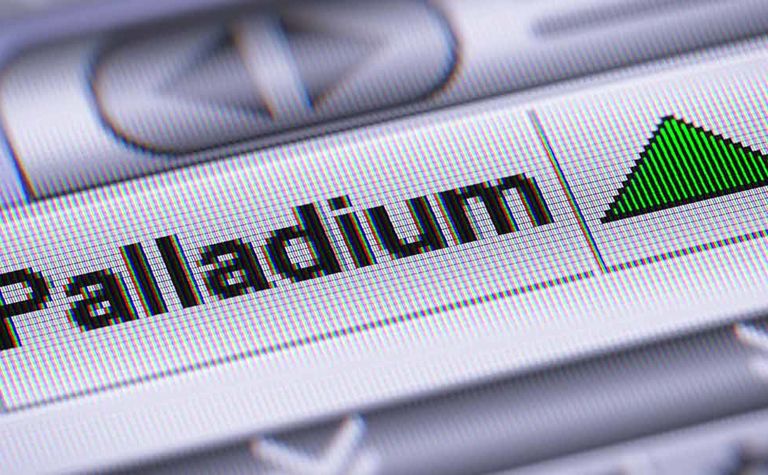 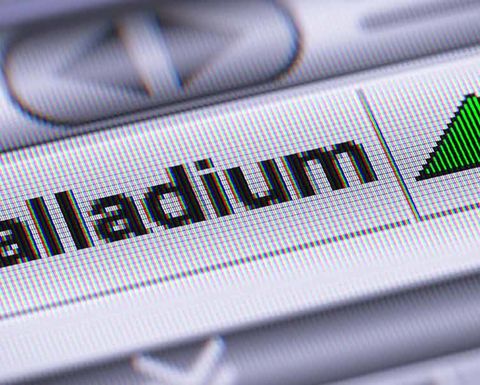 "Supply's certainly been an issue on the mining front as well as the draw-down of existing stockpiles."

The price has already surpassed the record tipped by Metals Focus last month, with founding director Philip Newman telling Mining Journal at the time they expected palladium to remain the best performer among precious metals in 2019 thanks to it enjoying the strongest supply and demand fundamentals.

Bloomberg noted one threat to palladium could be substitution with similar metal, platinum, however Standard Chartered Bank precious metal analyst Suki Cooper said that was unlikely to be an issue in the immediate future.

The chart from Bloomberg below illustrates the rise in the palladium spot price over the past five years. 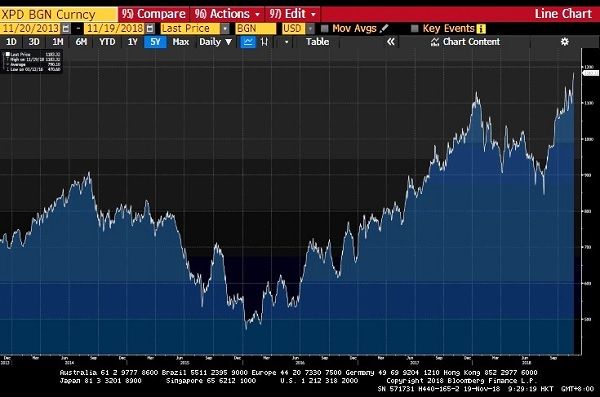 The rise in the palladium spot price over the past 5 years. Source: Bloomberg

Panton is eyeing a return to the Australian stock market

"People are grasping for whatever ounces of [palladium] they can get"