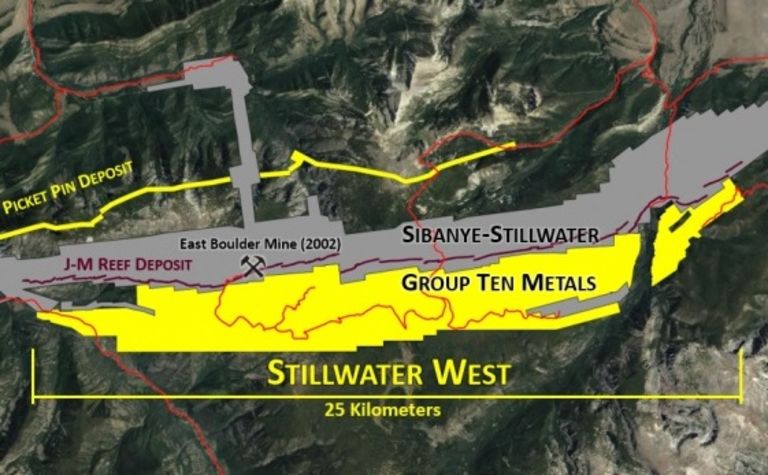 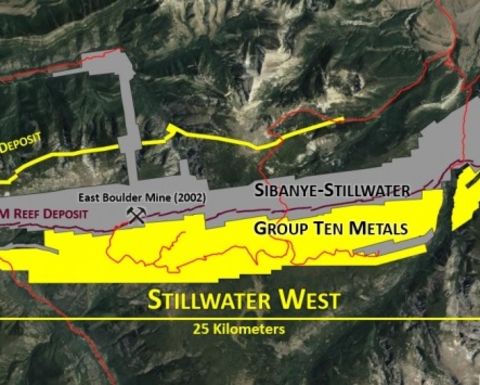 It reported hitting 399m at 0.25% total nickel-equivalent at the Camp target from surface, with the "the entire drill hole featuring multiple zones of strong PGE-nickel-copper-cobalt mineralisation".

The company had last month intercepted 272m at 1.9g/t total platinum-equivalent - or 0.42% total Ni-eq - at the Iron Mountain target at Stillwater West, which adjoins Sibanye-Stillwater's high-grade Stillwater mine complex.

"We are very pleased to have confirmed and significantly expanded the known extent of bulk tonnage ‘Platreef-style' PGE-nickel-copper-cobalt mineralisation at the Camp target area, more than doubling the tested depth from surface to 400m, where drilling ended in mineralisation," president and CEO Michael Rowley said.

"Like the previously released Iron Mountain results, these are some of the longest intervals of mineralisation ever encountered in the Stillwater district, and also include several higher-grade intervals of more than 40-75m in widths."

The company noted platinum group metals prices were projected to remain at high levels due to the increasing use of palladium, platinum and rhodium in catalytic convertors, combined with a multi-year supply deficit in palladium and the declining production of platinum from South Africa.

It will also assay select intervals for rhodium.

Group Ten has a cash balance of about C$1.8 million according to a presentation this month, taking into account a $2.45 million placement in November at 15c per unit and 17c per flow-through unit which had gained backing from Sprott Asset Management and Goldspot Discoveries.