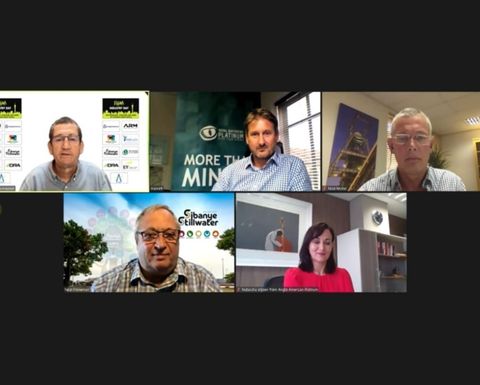 He told the Joburg Indaba's online PGM Industry Day that South Africa's PGM companies were "much more financially robust and have really sorted themselves out in terms of balance sheet repair" and had also diversified internationally.

"They are a vastly superior investment opportunity than in the past," he said according to Joburg Indaba's Twitter feed.

"We are positive that this will create an opportunity to build a local skills base and lead the country into a new era of energy generation and demand for the platinum group metals," he said.

Mantashe said the government was committed to Hydrogen South Africa's goal to eventually supply 25% of global PGM-based catalyst demand for the hydrogen and fuel cell industries based on local technologies.

"It could have a massive addressable market in the future but the journey will be incredibly volatile in terms of the move from labs to large scale deployment," Hambro said, according to Joburg Indaba.

Anglo American Platinum CEO Natascha Viljoen told the event the company was "quite bullish" about the hydrogen economy and it was integral to Amplats' carbon-neutral roadmap.

"We are actively seeking new applications for our metals," she said according to the feed.

Froneman said there was a clear indication FCEVs would dominate in China.

"The next 10 years in this space will be essential otherwise we could miss the boat," she said.

A slew of new PGM uses could drive demand