Anglo American Platinum has reached a five-year wage deal with unions, which is likely to set the benchmark for negotiations with other platinum producers. 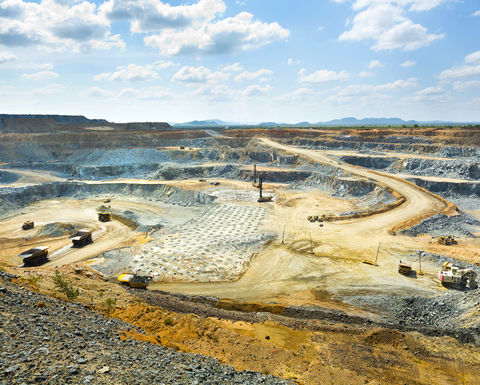 The agreement has been reached with three of the four recognised unions among South African workforce, representing 90% of unionised employees.

The deal will be implemented from July 1 2022, and will increase the total labour cost-to-company, on average by 6.6 % per annum over the five-year period.

The company's lowest-paid employees will receive an annual increase in basic salary of 7.5% or R1150 in year one, increasing to 7.5% or R1500 by year five.

"We believe this multi-year agreement will enable our business to remain sustainable through PGM price cycles, while also ensuring that our people are rewarded for their work as we seek to deliver enduring value for all our stakeholders across society," said Natascha Viljoen, CEO of Anglo American Platinum.

The deal, which is the first to cover five years, is likely to set the tone for other platinum mining companies in South Africa, which are also set for wage negotiation.

Negotiations for workers at Sibanye-Stillwater's platinum business will commence next week. The company is already in conflict with unions, due to an ongoing strike at the company's gold mines.

The Sibanye gold worker strike has been ongoing since 10 March with no sign yet of any settlement, with the AMCU and NUM demanding an increase of R1,000 in every year of a three-year wage deal. Wage negotiations at Impala Platinum are ongoing.