Shares up after Zuma quits

Jacob Zuma is officially out as president of South Africa, and his replacement in former mining union leader and Lonmin (LN:LMI) director Cyril Ramaphosa has spurred on the rand and mining stocks. 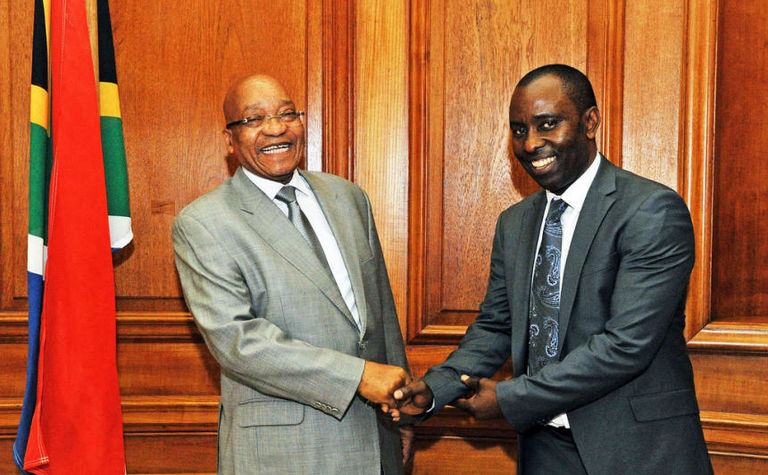 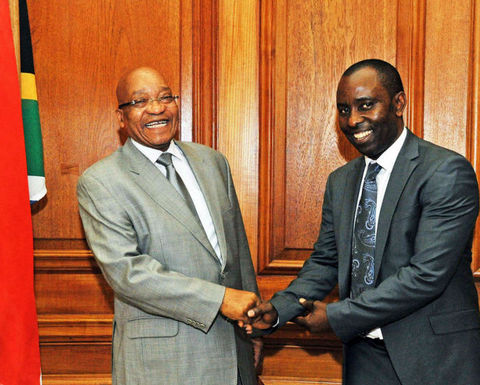 The good old days: Jacob Zuma and Mosebenzi Zwane when they were still on top

Zuma leaves a legacy of graft and incompetence, shown by his own charge sheet and the various scandals around his family and cabinet.

The president resigned on Wednesday night just hours after playing confused at why his decimated party would want him out in a TV interview.

The Nelson Mandela Foundation said his hesitance to "do the honourable thing" (quit) showed he saw the presidency as a "personal fiefdom".

Miners will be happy with the instant uptick in their share prices off the back of the news: Anglo American (LN:AAL), Gold Fields (SJ:GFI) and Harmony Gold (SJ:HAR) were all up at least 3% in morning trade on Thursday.

The FTSE/JSE general mining index was up over 3% on the resignation.

Mining minister Mosebenzi Zwane was allied with Zuma and the Gupta family, and will likely soon be either sacked or on trial for his role in handing the now-infamous brothers R220 million (US$18.9 million) earmarked for poor dairy farmers in Free State.

His former departmental head in Free State has already been arrested over the fraud.

Zwane's speech to Mining Indaba this month did not mention the botched new mining charter nor give any indication of a plan for mining's place in the South African economy.

The South African Department of Mineral Resources is currently slated to defend the new charter in court next week.

"The emergence of a more pro-business ANC should allow for an improved operating environment," Tyler Broda said.

"There is also a greater likelihood that Anglo, should it desire to, could make structural changes to its corporate structure that could streamline previous challenges like the capital controls on South African profits, etc."