"Not a single scab is getting past"

Tension is mounting as a strike at the world’s biggest salt mine in Ontario enters its eleventh week. 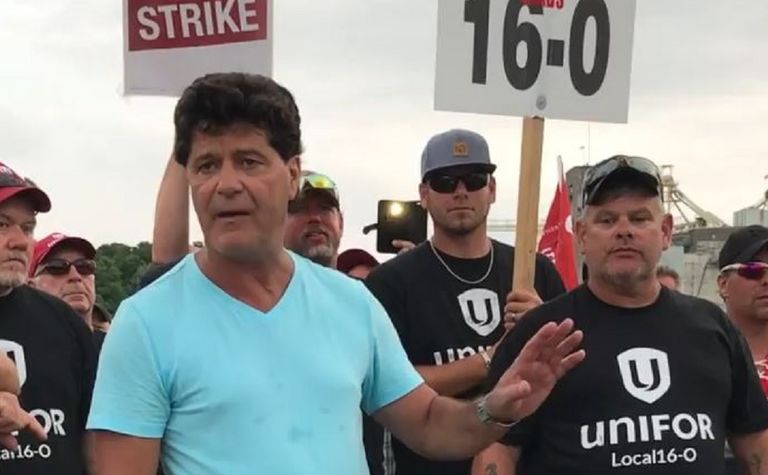 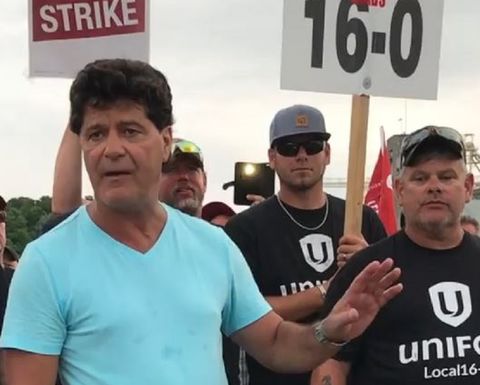 Union members at the picket line

About 350 members of the Unifor Local 16-0 union have been on strike since April 27 at Compass Minerals' (NYSE: CMP) Goderich mine over a pay deal.

Compass brought in contractors to keep filling long-term orders, saying it had "little choice but to continue with operations" given the competitive market and its commitment to customers.

Unifor blockaded the mine and Compass took legal action, with the Superior Court of Ontario ordering the union to remove the blockade on Saturday.

Local media reported the union blockade had been removed but then replaced by farmers' tractors.

Earlier today, Compass said a barricade remained in place at the site as of Sunday which was "in clear violation" of two court orders.

"We are in the process of undertaking enforcement measures and all legal measures to address the situation," the company said.

"The members and hundreds of supporters now bolstering the picket line have made it crystal clear that not a single scab is getting past," he said.

His executive assistant Scott Doherty had told a rally in Goderich on Saturday that Unifor wanted to get to the bargaining table.

The company had said Doherty had called to request starting negotiations on July 4, something Compass said it had been inquiring about since June 1.

Morila's new owner not planning to be a single-mine company

Cowden not planning to sit still

The key to getting ahead

Majors keen to avoid sins of the past