Acacia Mining had a positive few weeks: production numbers were strong and the incoming Mark Bristow show at owner Barrick Gold was meant to get it through the Tanzania stalemate, leading to a seven-month share price high. 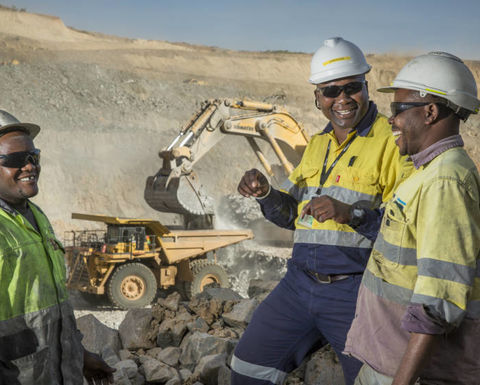 Tanzania's Prevention and Combating of Corruption Bureau (PCCB) has arrested several Acacia workers past and present for alleged offences relating to tax avoidance.

Acacia said both men had pleaded not guilty.

Last week the PCCB charged another man with offences related to land arrangements at North Mara.

Acacia said it was "considering its position" on the arrests while looking into the allegations in more detail.

The company's statement changed between the first and second arrests, with the most recent response outlining in more detail the current state of Barrick's talks with the government over the $190 billion tax bill, and seemingly saying the arrests would inform the parent company's negotiating position.

"[Acacia] is also continuing to engage with Barrick to seek to understand the future conduct and a timetable for the completion of Barrick's direct discussions with the Government of Tanzania, in which the company is not directly involved," Acacia said.

"In particular, the company is seeking to engage with Barrick to understand how the recent significant escalations of Government actions against Bulyanhulu Gold Mine Limited, North Mara Gold Mine Limited and [subsidiary] Pangea Minerals Limited and employees will be taken into account in their direct discussions."

RBC analyst James Bell said it was not a good sign for Acacia shareholders.

"With an international arbitration claim ongoing and the proposed merger of the group's parent with Randgold grabbing international mining headlines it is not entirely surprising to us that the Government of Tanzania has escalated pressure on the group through its recent measures," he said.

"Acacia's 19-month dispute with the GoT may now be entering a more volatile phase which could create more headline risk for shares."

Acacia's shareholders were not overly fazed by the arrests.