The intended Association of Mineworkers and Construction Union (AMCU) secondary strike at Lonmin and other mines in South Africa has been suspended by the country’s Labour Court. 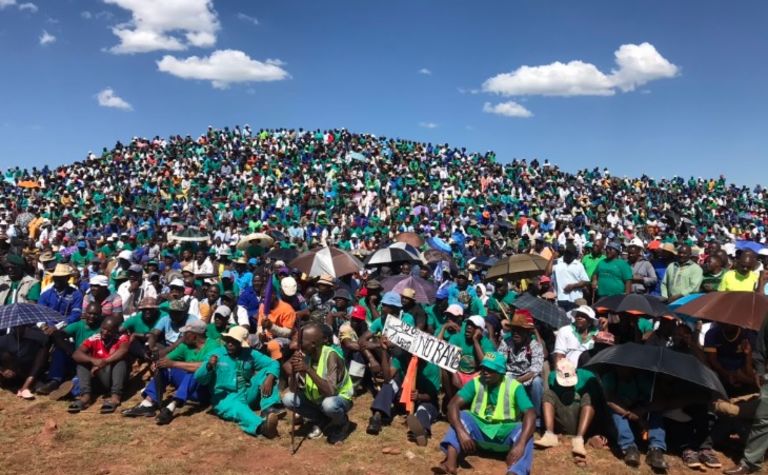 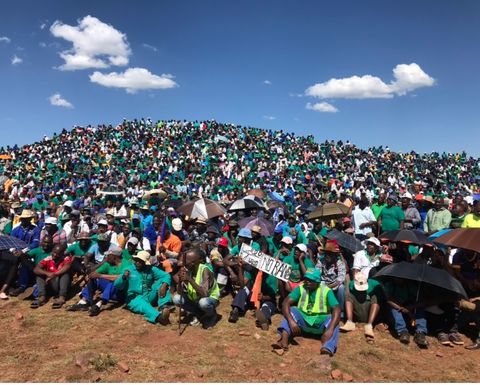 AMCU members get a strike update from the union's leadership

Lonmin said it had sought an interdict from the Labour Court to prevent AMCU from launching a secondary strike at its operations, and the court has ruled that the strike be suspended pending further judgment.

In the meantime, operations will continue normally.

The union had threatened week-long secondary strikes at around 15 mines in the platinum, gold and coal industries starting today in support of its ongoing strike at Sibanye-Stillwater's gold operations, which started in November.

AMCU is willing to take its fight for higher gold wages at Sibanye-Stillwater to the very top, tweeting that it plans a march to the Union Buildings to present president Cyril Ramaphosa with a mandate of R1,000 (US$71.67) increment and R12,500 living wage for workers.

The other three unions agreed in November on a basic wage increase for category 4-8 surface and underground employees of R700 in the first and second year and R825 in the third.

The parties also agreed that miners, artisans and officials would receive increases of 5.5% in the first year and the greater of 5.5% or the consumer price index in the second and third years.