Lupaka Gold is seeking at least US$100 million in compensation from Peru after losing “its entire investment” in the country. 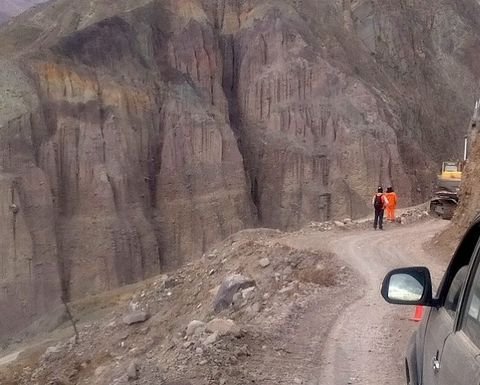 Its near-term Invicta mine, which was developed through a gold loan, was blockaded from mid-October 2018 and without production to make repayments possible, Lupaka's lender foreclosed on the loan in August 2019.

Lupaka said it had submitted a request for arbitration in accordance with Article 36 of the Convention on the Settlement of Investment Disputes between States and Nationals of Other States, and Article 824 of the Free Trade Agreement between Canada and the Republic of Peru.

"More specifically, the dispute stems from the Republic of Peru's actions, namely the illegal acts of its subdivision, the community of Parán, which illegally invaded Lupaka's project held through Invicta Mining Corp (IMC) and set up a permanent blockade to the site, as well as from the lack of support from the Peruvian police force, prosecutors and central government officials to remove the illegal blockade and restore Lupaka's rights to its investment," the company said.

It claimed the blockade party was "often violent and did not hesitate to fire rifles and threaten Lacsanga's community members and IMC's employees".

The company had an existing agreement with the Lacsanga community and had previously said it did not have an agreement with Parán, as Invicta's main access road was not on Parán lands.

Lupaka said in August it had entered a $4.1 million funding agreement with Bench Walk Advisors to support its arbitration claim under the Canada-Peru FTA.

The company had hoped to start commercial production at Invicta in the third quarter of 2018.

The initial six-year mine was expected to produce an average annual 33,700 ounces gold-equivalent during steady state production, at an average all-in sustaining cost of $575/oz, according to a 2018 preliminary economic assessment.