Canada’s Sun Peak Metals has hit pause on its earn-in agreement with Ezana Mining Development on the Shire project in Ethiopia’s disputed Tigray region, where violence has flared since November 4. 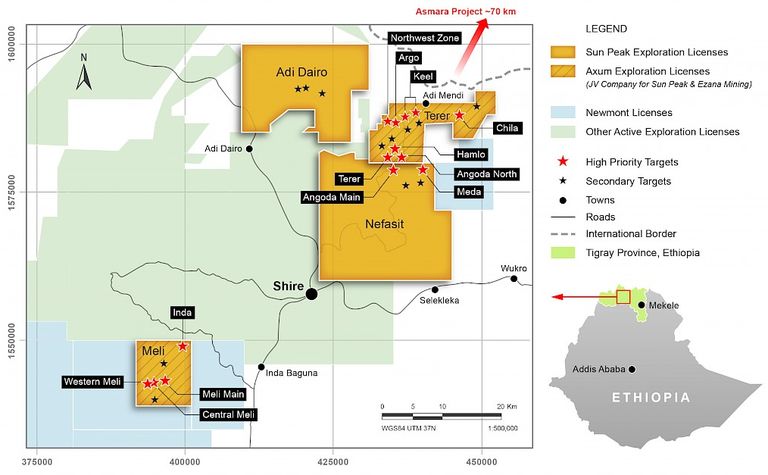 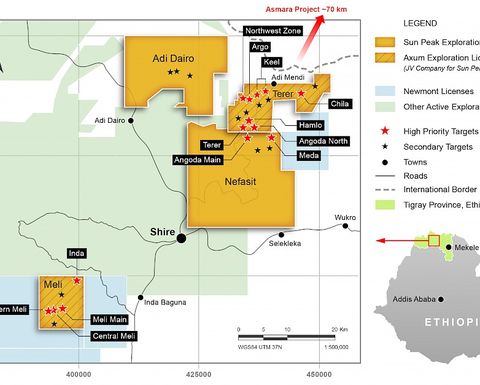 Sun Peak Metals has declared force majeure on an earn-in agreement on the Shire project, in Ethiopia

Media sources reported over the weekend Ethiopia's military had gained full control of the capital of the Tigray region after the region's government reported the city of about a half-million people was heavily bombarded in a final push to arrest the region's leaders.

Police are said to be pursuing the arrest of the leaders of the Tigray People's Liberation Front (TPLF), who run the region and had dominated Ethiopia's ruling coalition before Prime Minister Abiy Ahmed came to power in 2018. He then summarily sidelined the group among a raft of sweeping reforms that garnered him the Nobel Peace Prize.

Abiy's government has since accused the TPLF of inciting unrest and seeking to reclaim power since each of the wrangling governments regards the other as illegal.

The Tigray region was placed under an emergency order earlier this month following armed conflicts at several federal military bases in the Tigray region.

Caught in the crossfire is the Shire project, work on which Sun Peak had said would remain suspended until the emergency order had been lifted.

The company expects the force majeure declaration to help manage the timing constraints attached to its earn-in agreement. It is working closely with the Ethiopian Ministry of Mines to find a resolution to the impasse.

The Shire project comprises four deposits, namely Nefasit, Adi Dairo, Terer and Meli, spanning 900sq.km in the country's north. The licences are in the same geological settings as both Zijin Mining's Bisha mine and the Asmara project to the north, in Eritrea, and Newmont's Tigray project, also in northern Ethiopia, to the south.

Sun Peak's work to date had identified drill-ready targets at Shire through about 6,000 line kilometres of airborne VTEM in October last year and detailed ground gravity surveying over priority targets. An 18,000m drilling programme had started last month initially with two rigs, and a third rig is set to join the effort once things get going again.

The company is hunting after gold and copper volcanogenic massive sulphide targets and will also follow up on the three targets previously drilled in March, including the Meli VMS target 40km southwest of the town of Shire; and the Argo and Keel VMS targets about 45km north of Shire.

Sun Peak Metals shares (TSXV:PEAK) achieved both a 12-month high and low on Friday at C60c and 52c, respectively, closing at the low end to capitalise the company at circa $41 million.

Staff to mobilise once restrictions lifted