The Minerals Council South Africa has condemned “violence and thuggery” being experienced at and around various mining operations and communities across the country. 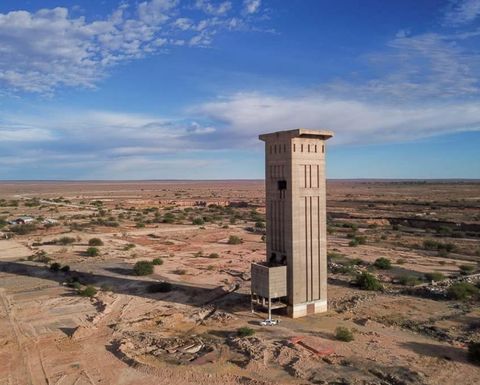 The council cited recent events, including the death of a motorist caught up in protests over a nickel mine closure in Mpumalanga in February, and violent and damaging protests around Prieska in South Africa's Northern Cape last week.

ASX and JSE-listed Orion Minerals said today it had taken court action in response to the recent unrest, to prevent interference at its PCZM copper-zinc development project near Prieska.

"While some protests appear to stem from a lack of municipal service delivery, there is worrying evidence of a culture of corrupt ‘tenderpreneurs' having been allowed to disrupt legitimate operations, and who are seeking to subvert legitimate procurement practices," the council said.

It expressed its support for and solidarity with members such as Orion, which had taken a public stance against corruption and "illegitimate demands from failed suppliers" at PCZM.

This morning Orion, which is looking at a near-term restart of PCZM targeting an initial 12-year mine producing 22,000 tonnes per annum copper and 70,000tpa zinc, said the protest action had had minimal impact on progress as most work-streams were currently focused off-site.

However the company said it had obtained an interdict in the Northern Cape High Court to prevent any interference in its business at PCZM by protesters operating outside the law.

The High Court had also specifically directed the South African Police Service to enforce the terms of the order, Orion said.

"Recent disruptions to orderly community life in the Prieska community (68km from the Prieska mine site), instigated by the self-serving interests of aspirant politicians and unscrupulous contractors using coercion to support their bids to secure contract at the mine, is unacceptable," MD and CEO Errol Smart said today.

He said the company was "absolutely committed" to its high environmental, social and governance standards and said while it was legitimate for disadvantaged communities to request local procurement and employment, an important balance needed to be maintained to avoid compromising health and safety, quality and delivery on mines.

"The MOU [with the democratically-elected Siyathemba municipality] successfully navigates this difficult balance and achieves the goals of maximising value for the local community without placing unachievable financial or operational demands on the Prieska mine," he said.

"Orion's activities at the Prieska mine site have not been materially impacted and progress on project financing and planning of mine development activity is progressing as anticipated."

The minerals council said the violent protests were at odds with attempts by the government and industry to attract exploration and development investment in South Africa, which has slid to 60 out of 77 jurisdictions in terms of investment attractiveness in the latest annual Fraser Institute survey of mining companies.

"This must stop if there is to be any hope of attracting new and lasting investment into the country," it said.

Orion's shares (ASX: ORN) were up 5.4% in midday Australian trade at A3.9c, near a one-year high as the copper price is at an all-time high.

Change of leadership would be disaster: MCSA