An appeal was lodged this week in Alaska challenging a recent decision to uphold a water quality permit for the proposed Donlin gold mine, a 50:50 joint venture between Barrick Gold and Novagold Resources. 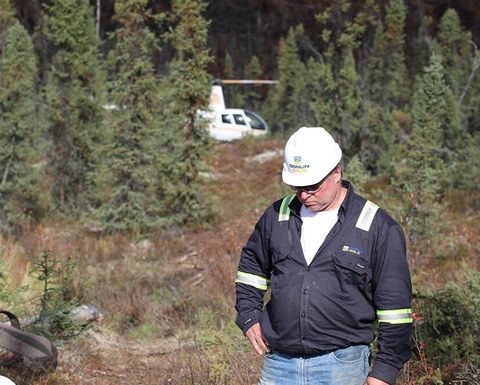 The Orutsararmiut Traditional Native Council (ONC) took legal action "to protect the Kuskokwim River and its tributaries from the irreversible damage that will be caused by the Donlin gold mine". ONC is a federally-recognised tribe based in Bethel.

A judge in April had ruled in favour of ONC, finding the permit should not have been issued, however Alaska Department of Environmental Conservation Commissioner Jason Brune made a decision in May to uphold the Section 401 Certification.

"ONC is disappointed that the DEC Commissioner chose to ignore the well-reasoned ruling issued by Administrative Law Judge Sullivan, but we will continue to fight for the salmon, smelt, and indeed for the entire Kuskokwim ecosystem," ONC executive director Mark Springer said.

In a joint statement, Barrick and Novagold said Donlin Gold affirmed its strong support for the commissioner's decision to uphold the certification.

"Over a six-year period, Donlin Gold conducted an extensive, transparent, and independently reviewed scientific evaluation that included significant community participation and scrutiny, and consistently demonstrated that the project fully complies with the Clean Water Act, the Alaska Water Quality Standards, anti-degradation analysis and other applicable state and federal laws," it said.

It said since ADEC issued the 401 Certification in 2018, ONC had sought several informal reviews which Donlin Gold believed had "served to strengthen ADEC's basis for their original decision".

"Donlin Gold strongly believes that the Commissioner's decision to uphold the 401 Certification validates the project stakeholders' commitment to advance the Donlin Gold project in a safe and environmentally responsible manner for the benefit of all Alaskans," it said.

It's estimated the circa 27-year operation could produce an average annual 1.1 million ounces of gold, making it one of the world's largest gold mines.

Barrick indicated support for the project in March, having been accused of being unenthusiastic about it in a J Capital Research report last year, which described the project as being so challenging it would never be built, prompting Novagold to take legal action alleging it had suffered damages from the short-seller's report.