Unions have condemned the murder of a shop steward outside the Commission for Conciliation, Mediation and Arbitration offices in Rustenburg last week. 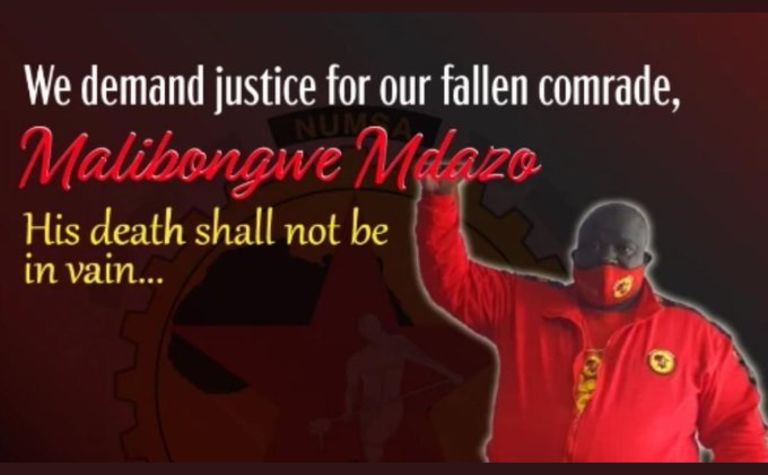 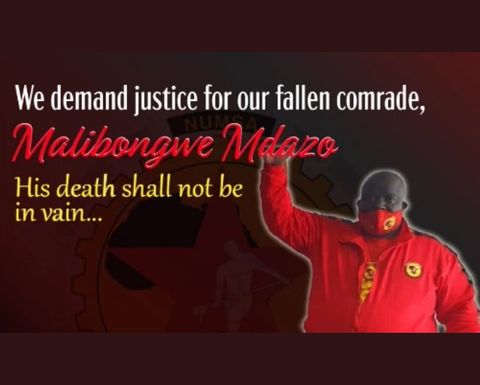 National Union of Metalworkers of South Africa's (NUMSA) Malibongwe Mdazo was killed and three others were injured in the shooting incident.

"We dip our revolutionary flag to mourn the untimely passing of comrade Malibongwe Mdazo who was murdered by cowardly assassins on the 19th of August for defending workers' rights at Implats," NUMSA said on the weekend.

The Congress of South African Trade Unions (COSATU) condemned the murder and warned the government was "fast losing control" of the mining sector.

"The Platinum belt remains a volatile area, where assassination squads roam free and are used to settle all manner of disputes and disagreements.

"The South African government is fast losing control of the mining sector because even lawless gangs are fighting over abandoned mines and are also extorting legitimate artisanal miners.

"This crisis should jolt relevant departments and state institutions into action because failure to act will lead to anarchy and lawlessness in one of the strategic sectors of the economy."

The CCMA, an independent dispute resolution body, suspended its operations at its Rustenburg regional office for the rest of the day and said at the time it was unaware of the events leading up to the incident.

More than 4,000 people employed by four companies contracting to Impala Platinum were recently sacked while on strike, local media has reported, with NUMSA members demanding improved conditions and allegedly blocked from returning to work by colleagues affiliated with a rival union.

Bonanza intersection of 1,020g/t outside Resource of 2.23Moz