Australia’s first potential palladium producer, Chalice Mining, is one of the early winners from Russia’s invasion of Ukraine with the company’s share price up 6.7% today as investors scour markets for opportunities to make money, or avoid losing too much. 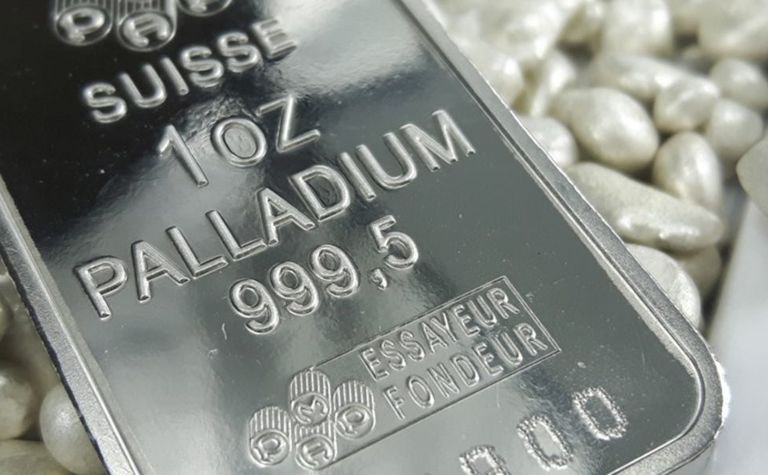 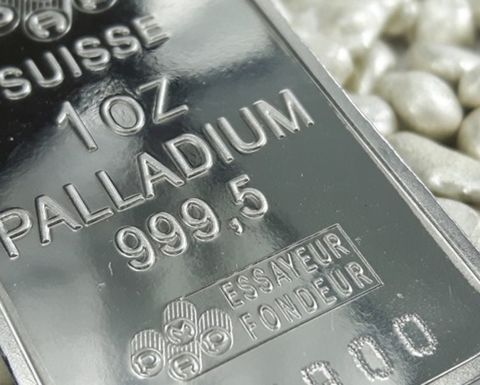 Though it is still exploring its Julimar discovery in Western Australia and years away any production, Chalice has captured the attention of investors who see it as a safer future alternative supplier of palladium and its sister metal, platinum, than the world's top two miners of the metals, Russia and South Africa.

But whether Chalice can hold on to its windfall share price rise is a tricky question because history shows that commodity markets in times of conflict can make sharp moves, up or down, but they are quickly cancelled as traders find ways around blockages, including government sanctions.

Right now, the only people benefiting from the Ukraine war are commodity traders able to capitalise on raw materials being mispriced because of market uncertainty.

In the case of palladium, which is used mainly in the catalytic converters of petrol engines (platinum is preferred in diesels), the concern is that embargoes might be applied to Russia's annual 2.7 million ounces which represents 27% of global output with 95% exported.

Traders have already placed bets on palladium being a target of sanctions on Russian material with the palladium price rising by 14% from US$2349 an ounce to $2680/oz in the hours after the fighting started.

Russian platinum production of 759,000oz a year represents 11% of annual global output with 95% destined for the export market.

Other metals and minerals, especially aluminum, nickel, and thermal coal are important Russian exports, as are oil and gas.

But what can get misunderstood in the early stages of a conflict is the ability of commodity markets to quickly spring back from disruption and for sanction-hit countries to find ways around any impediment.

South Africa's ability to overcome trade bans during the apartheid years is a case study of national resilience which Russia is certain to repeat given its easy access to a friend in China with its insatiable appetite for commodities.

Macquarie Bank in a study of commodity markets published immediately after Russian troops crossed the Ukraine border said that recent geopolitical history (such as after the 2001 terrorist attacks in New York and the first Gulf War) showed that effects on markets were unlikely to last long.

The reality, according to Macquarie, is that embargoes and sanctions "do not change underlying economic realities."

The bank said that Russia's industrial commodity exports were still flowing, though there was increased risk of disruption.

Oil and gas, the two most valuable Russian commodity exports are likely to continue finding willing markets given the high level of demand for fuels.

Aluminium is also unlikely to be affected because a previous attempt to sanction Russian exports of the metal led to severe disruption and a 30% price spike in a week.

"Prices for aluminium are already making new highs, and our base case is that governments will be extremely reluctant to disrupt markets further," Macquarie said.

Of the other base metals, the bank said that Russia produces around one million tonnes of copper a year, accounting for 4% of the global market with 75% of that metal exported, mainly to China and Europe.

Russian nickel, mainly from the Norilsk orebodies in Siberia, represents about 8% of global nickel output, though production has been restricted after a mine flooded last year.

Canaccord Genuity, another investment bank, reckons nickel is best positioned to benefit from the Ukraine war not simply because of the tonnage produced but more because Russian nickel is designated Class One, destined for use in batteries and other high-end products.

Low stockpiles will also play into the nickel theme though the reality of the market is that the nickel price drifted lower today as a counter argument of war-caused demand destruction held sway.

Iron ore exports from Russia and Ukraine are relatively small with their combined 65 million tonnes representing less than 4% of the global market though a number of Asian countries rely to some extent on Russian and Ukrainian material.

Japan's biggest steel maker, Nippon Steel, announced earlier today that it was making preparations for disruption and has started the process of seeking replacement iron ore from Brazil and Australia.

Takahiro Mori, executive vice-president of Nippon Steel said that about 14% of his company's iron ore pellet feedstock came from Russia and Ukraine, but added that talks with other suppliers had actually started last week.

Nippon Steel's reaction to events in Ukraine will be replicated by other buyers of Russian and Ukrainian raw material - to seek alternative supplies until the shooting stops.

Commodity prices are not translating into equity strength

War in Europe but copper is outperforming gold