Gustavo Petro will be the next president of Colombia after beating Rodolfo Hernandez by a wider than expected margin in a polarised second round vote. Petro polled 50.4% of the votes while Hernandez obtained 47.3% and will take office August 7. 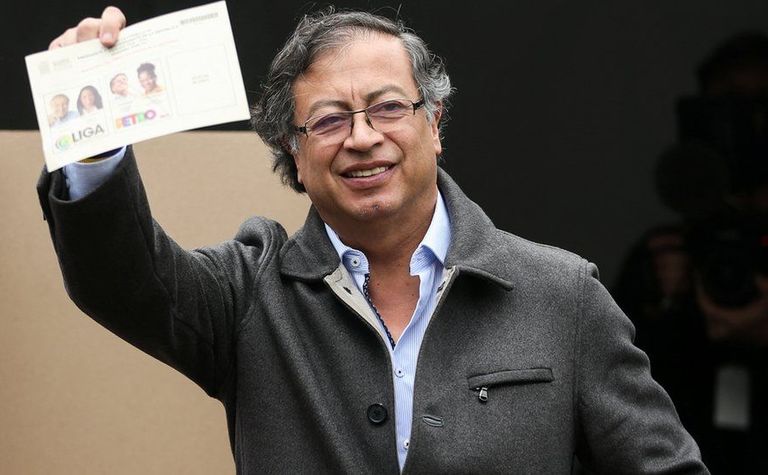 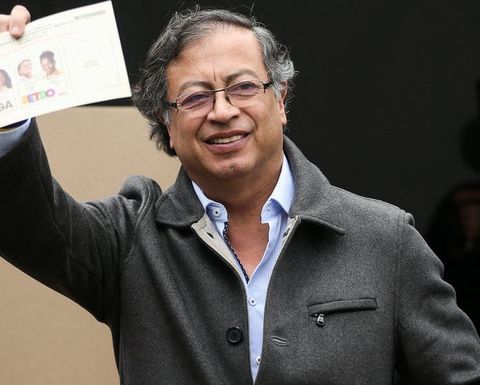 Petro and his Historic Pact party will be the first Leftist government in Colombia's history. Together with running mate Francia Marquez, Petro appealed to young voters, the disenfranchised masses, and the long-forgotten periphery of the country where development, opportunity and even public security never seemed to reach.

Petro, a former mayor of capital Bogota, built his platform on tackling inequality, pensions redistribution, free public university and implementing the 2016 peace agreement with the FARC, which the government of incumbent Ivan Duque procrastinated.

It is this promise of change which so invigorated the electorate, resulting in the highest turnout since 1974, with his tally of 11.3 million votes being the highest in Colombian electoral history.

Marginalised Colombians want change, but the promise of change and a government seeking to provide greater social equality scared the middle and upper classes, who fear the country will proceed along a similar path as neighbour Venezuela.

While mining and exploration companies were outwardly neutral, many in the sector openly favoured Federico Gutierrez, who finished third in the June first round, switching their alligance to Hernandez in the runoff. Petro is viewed as the worst possible president for the sector, according to social media posts, due to his stated dislike of oil and coal exploitation, and openly likening them to narcotrafficking in terms of their danger to society, and his desire to ban open pit mining.

Unfortunately, the social media messaging does nothing to counter accusations of condescension and sense of entitlement of the "haves" towards the "have nots", which illustrates why so many people voted for change. And with Petro president elect, the messaging from the haves is that "we have to expect that he has a clear charge to favor the poorest communities."

Calmer heads believe Petro's presidency may evolve in a similar way to that of fellow Leftist Gabriel Boric in Chile, whose electoral rhetoric has toned down since he took office and began to grapple with the practical realities of governing.

If that is the case, the mining sector in Colombia can expect to see Petro's administration seek to increase taxation and adopt a tougher stance on environmental permitting and standards. These are unlikely to be insurmountable challenges depending upon how far they go. Petro has already moved towards the centre as the second-round vote approached, to garner Centrist support which ultimately helped him to the Casa de Narino.

Anything more draconian is unlikely: Petro does not have the broad support in Congress, which is highly fragmented, to push through an aggressive legislative programme. He has only 15% of the seats in both houses and just under half the electorate very opposed to his presidency. Petro will also have to grapple with the perennial presidential bugbear of unresponsive execution of the middle levels of government in the ministries and state agencies.

"A lesson that should be learned from Ivan Duque's administration, if Petro does not take a hard look in the mirror and think about how to govern with the other half of the country we can expect four years of stalemate and brinksmanship," said political risk analyst Sergio Guzman of Colombia Risk Analysis.

"This would be similar to what we are currently seeing in Chile where drastic policy proposals have been watered down during the legislative process," said a research note from Red Cloud mining analyst Taylor Combaluzier.

Petro wants to promote the decarbonisation of Colombia. He favours leaving coal and oil resources in the ground, which many investors in the UK, Europe and elsewhere in the Western world also favour. These sectors are also significant income and foreign currency earners for the government so it will perhaps behove him to make his peace with these, seek to increase rents from them and use these to advance his social plans.

Petro's decarbonisation aim could be good for the development of Colombia's nascent copper sector. However, it may not be given the reality that any copper Colombia produces will be exported while any copper-based products which could help with decarbonisation will be imported. Petro may opt to be a NIMBY rather than take advantage of the positive market conditions for copper.

Development of a copper sector could go a long way to helping the advancement of impoverished and historically marginalised regions as the areas with the highest potential for copper generally coincide with extremely marginalised areas. Copper could provide jobs, infrastructure, a tax base and many other benefits in areas which Bogota has historically failed to notice. The question is, will Petro, and more crucially Marquez, be able to overcome their distaste for natural resource extraction and private capital to allow this sector to create much-needed opportunity?

Of more immediate concern for the mining sector is to what extent or not Petro seeks to implement a ban on open pit mining. Most of the current crop of development projects in Colombia are planning underground mining operations, with the exception of the Gramalote gold project in Antioquia, to which B2Gold is putting the final touches to a feasibility study, and Cordoba Mineral's San Matias copper-gold project in Cordoba.

A worse-case scenario may be that these specific projects, and perhaps others such as AngloGold Ashanti's Quebradona in Antioquia, which arrive at the permitting stage, are stalled for four-years while Petro is in office.