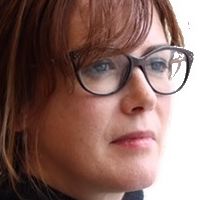 Eileen Gavin is a senior analyst covering country, industry and custom research in the Americas team. Her current focus is Venezuela, Peru and Ecuador but she has global experience.

Her previous work experience includes working as a country risk editor in the Latin America and Caribbean department of the Economist Intelligence Unit.

She was also editor at Latin American Newsletters for eight years. Eileen has an MA in International Relations, from Dublin City University in Ireland.

A mining-friendly president and a series of reforms designed in part to encourage investment is a welcome shift in ideology for resources firms looking at Peru, but how those changes play out in a practical sense is unlikely to be without its challenges, according to Eileen Gavin, senior analyst with above-ground risk consultancy, Verisk Maplecroft.

The mining sector welcomed the election earlier this year of current president Martín Vizcarra, who was installed on an anti-corruption platform, which was made credible partly by his track record as governor of Moquegua, a mining region.

He has followed through with a referendum on anti-corruption legislation early this month and is seeking to address social concerns with mining by decentralising the power base to give regions greater control over mining revenues generated locally.

Gavin said he was also pushing ahead with regulatory changes to attract investment and was separately directing state money toward infrastructure - another welcome policy for miners. But she warned the rhetoric around Vizcarra's policy may prove difficult to put into practice.

"Vizcarra is really conscious of decentralisation in terms of directing more revenues from mining back to the regions but that of course creates issues with governance and how money is spent, and that feeds back into social conflict," she told Mining Journal.

"A lot of social conflict with mining is not directed at mining but where the revenue is going.

"Peru has had a series of massive corruption scandals in the past few years so this is a real problem. It's whether decentralisation helps that or makes it worse - and it a capacity issue."

Trust is a four-letter word

Canada's stock exchange is, paradoxically, one of the most spectacularly fraudulent on the planet

Uranium: so bad, it's good