Gem Diamonds (LN:GEMD) has been on the lookout for a share price catalyst for the past 10 months, and it appears to have found one with the recovery of the largest diamond ever at its Letšeng mine in Lesotho. 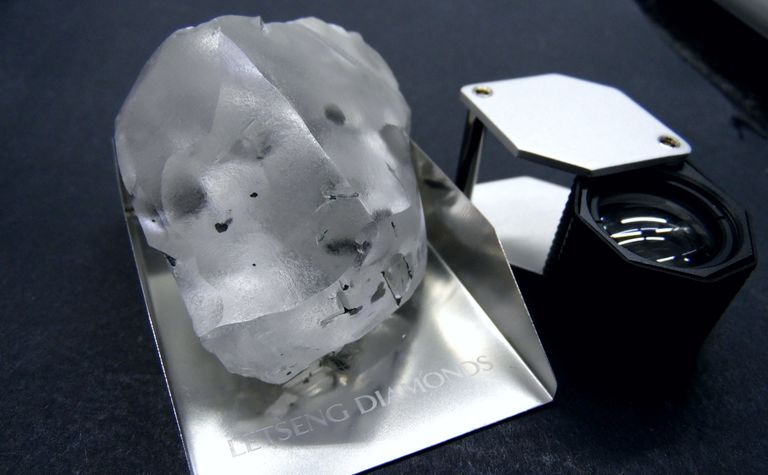 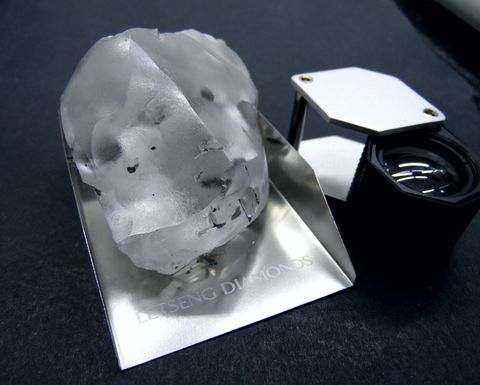 The 910 carat, D-colour Type IIa diamond is believed to be the fifth largest gem-quality diamond ever recovered and tops the 603ct ‘Lesotho Promise' Gem recovered in August 2006.

CEO Clifford Elphick said: "Since Gem Diamonds acquired Letšeng in 2006, the mine has produced some of the world's most remarkable diamonds, including the 603ct Lesotho Promise, however, this exceptional top-quality diamond is the largest to be mined to date and highlights the unsurpassed quality of the Letšeng mine."
The company's shares were up 15% to £0.93 per share (US$1.27/share) in early London trade following the announcement. This is the highest they have been trading at since July.
Analysts from Peel Hunt said the news should "at the very least" give diamond miners a bit more press coverage, adding that the sale should top the $12.4 million the Lesotho Promise went for back in October 2006.
"Looking at the values large stones have gone for and assuming it is of ‘average' quality, then something around $45 million is probably the minimum to be expected from the sale of the stone," they said.
The recovery of the diamond comes some nine months after Gem, under recently-appointed chief operating officer Johnny Velloza, devised a new mine plan for Letseng seeking to recover more high-quality stones and reduce the amount of waste stripping.
The company ended up pulling out seven plus-100ct diamonds in 2016 and, prior to the latest recovery, had discovered two in 2017.
Back in March, Gem went from operating two mines to one after shutting down the Ghaghoo mine in Botswana due to ongoing difficult market conditions.
It ended up reporting a loss of US$158.8 million for 2016, which included a US$176.5 million write-down tied mainly to Ghaghoo.