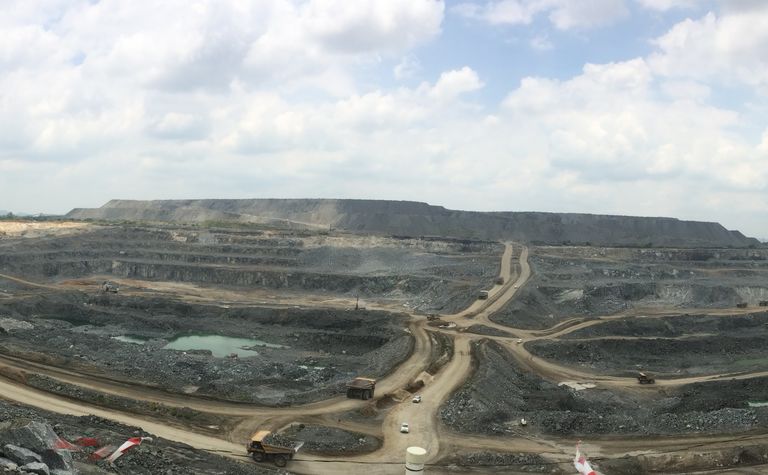 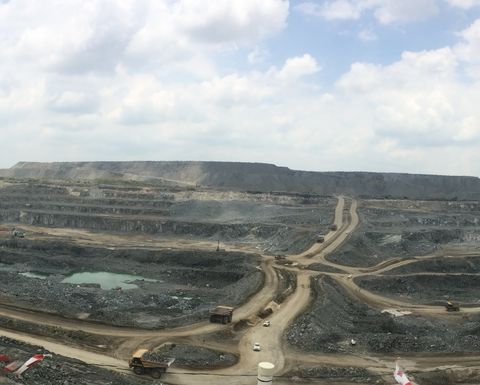 The Tharisa mine is benefiting from efficiency, throughput and recovery increases

The company saw net profit after tax for the year ended September 30 fall 25% to US$51 million, generating headline earnings per share of 19c/share, down from 22c/share a year ago.

Other factors were a lower chrome concentrate price, which fell 7% to below $200 per tonne, higher logistics costs and freight rates and a falling exchange rate, with the rand weakening against the dollar also having direct cost implications.

"The inflationary pressures that we saw over the year were not ours alone - they impacted all mining producers and exporters in terms of freight - they were industry-wide cost pressures," he said.

On the upside, the PGM basket price increased 18% to an average $923 per ounce, despite weaker platinum prices, as the palladium price rallied.

Pouroulis said the company was pleased with the full-year results, especially taking into account the hefty rise in fuel prices and were pleased to be able to deliver a return to shareholders.

Tharisa proposed a final dividend of US2c per share, bringing the total dividend for the 2018 financial year to 4c/share, which was above the 15% minimum target.

Despite lower chrome prices, revenue for the year climbed 16.3% year-on-year to $406.3 million.

Pouroulis chalked the higher revenue up to the 2018 financial year being the first full year including its third-party agency and trading revenue and margins, which contributed $38.5 million to revenue and 200,000 ounces of chrome.

Tharisa chalked the increases up to its continued operational optimisation programmes, which had resulted in higher plant throughput of 5.1Mt, up 3.9%, and record metal recovery, with overall PGM recovery at 84.1% and chrome recoveries at 66%.

The company generated net cash from operations of $89.8 million, up 19% year-on-year, despite the lower chrome pricing, and, after taking into account the capex, a free cash flow of $49.3 million, down 7%.

Net debt to total equity was 3.3% due to strong net cash flows from operations.

The company's funding position was impacted by the leveraged purchase of the mining fleet as it moved to an owner mining model from October 1, 2017. This caused Tharisa's overall gearing to rise to 25.8% for the year, from 19.9% in the 2017 financial year.

Going forward, Tharisa has a diversification strategy into Zimbabwe, as well as its ongoing Vision 2020, whereby it is aiming to reach 200,000oz per annum of PGMs and 2Mtpa of chrome concentrate by 2020.

Looking at the diversification strategy, Tharisa recently acquired 26.8% of Karo Mining Holdings and has a call option to acquire 90% in Salene Chrome Zimbabwe once it completes an exploration programme. Both exploration projects are situated in Zimbabwe's mineral-rich Great Dyke.

The company is also on track to reach Vision 2020, which includes upgrading the crusher circuit at the Genesis plant to increase throughput by 15% or 180,000tpa, optimising PGM recoveries at the Voyager plant, and constructing a Vulcan fine chrome recovery plant.

"The additional crusher circuit [at the Genesis plant] has been commissioned, so optimising that circuit will be part of what we have well in hand in terms of commissioning the other plants, but I think mining will be our primary focus for 2019," he said.

Analysts were pleased with the results, with BMO's Alexander Pearce saying they were better than expected overall and the full-year dividend higher than  the 3c/share forecast.

Arden's Charles FitzRoy said the results were broadly on line with consensus and the dividend had been a "slight sweetener".

"Amid challenging markets, Tharisa maintains a strong balance sheet and is generating cashflow to fund its dividend, which is encouraging, he said.