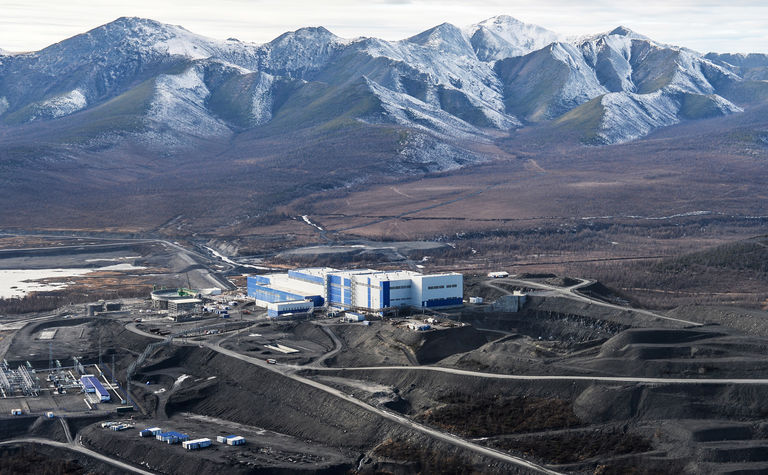 The adjusted net profit for the quarter was $243 million, 9% higher on the year, while profit margin slipped four percentage points to 32%.

Adjusted EBITDA rose 26% to $488 million, with the margin up two percentage points to 65%.

Polyus said its total revenue for the quarter climbed 22% on the year to $751 million, while its operating profit also rose 19% to $396 million.

Capital expenditure over the January-March period dropped 46% year-on-year to $99 million, while net cash flow from operations climbed 68% to $438 million.

In early May the Polyus board approved the dividend for the second half of 2018 of $2.22 per ordinary share, amounting to $296 million. This brings the total dividend payout for 2018 to $560 million.

As previously reported, quarterly gold production rose 19% on the year to 601,000 ounces at an all-in sustaining cost of $589 per ounce, down 11% due to a strong cost performance at Natalka and the company's ongoing focus on implementation of cost-containment initiatives.

Polyus had cash and cash equivalents of $1.6 billion at the end of March, 43% higher than a year ago and up 74% from the end of December.

It also reduced net debt by 2% year-on-year and quarter-on-quarter to $3 billion.

CEO Pavel Grachev said the quarter had been characterised by solid operational and financial performance.

"We remain safely on track to meet our production guidance. Polyus anticipates its full year production to be approximately 2.8 million ounces of gold in 2019," he said.

Costs are up due to inflation and seasonal factors