First Quantum Minerals (TSX: FM) says the cost of its majority-owned Cobre Panama development has risen more than 6% to US$6.7 billion, however an accelerated ramp-up should see commercial production brought forward and achieved by the end of this quarter. 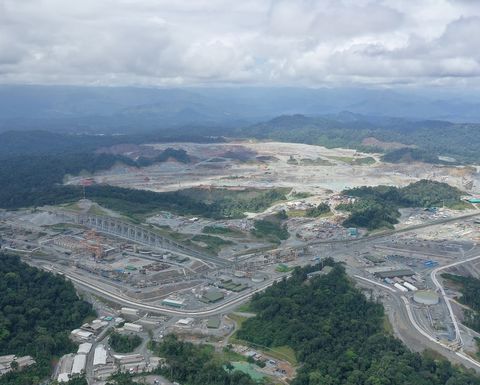 The company said the increased project capital was due to higher costs associated with construction completion and commissioning "to further mitigate risks associated with and to accelerate the ramp-up of this large-scale project".

It said its production for the June period of 168,399t of copper, including 30,896t of pre-commercial production from Cobre Panama, was a quarterly record and 12% higher than the previous corresponding period.

All-in sustaining costs were reported as $1.77 per pound.

It did not specify the amount but said it had reached a settlement with the Zambia Revenue Authority over a $7.6 billion bill received in March 2018 over an assessment for import duties.

"The settlement amount agreed was in line with the company's previously disclosed expectations and no further provision is required," First Quantum Minerals said.

It had said last year based on the work undertaken to date, the final value of the claim was "not expected to be material".

The company received regulatory approvals and had resumed "normal mining activities" on July 11 at Las Cruces, where mining was suspended in January due to a land slippage.

First Quantum reported net earnings of $78 million or 11c per share, down from $135 million and 20c/share a year earlier.

The company ended the quarter with $802 million in net unrestricted cash and equivalents and declared an interim dividend of C0.5c per share.