Impala Platinum (JSE: IMP) reported a 41% increase in headline earnings per share to R436c for the December half-year, despite lower sales volumes, with revenue boosted by improved metal prices and a weaker rand. 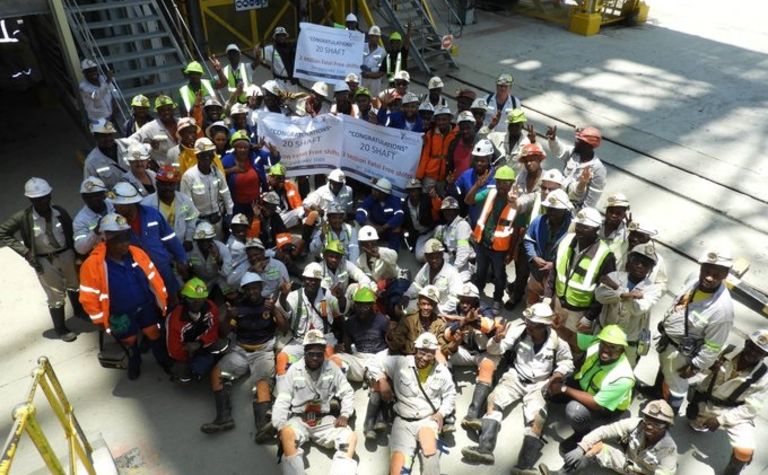 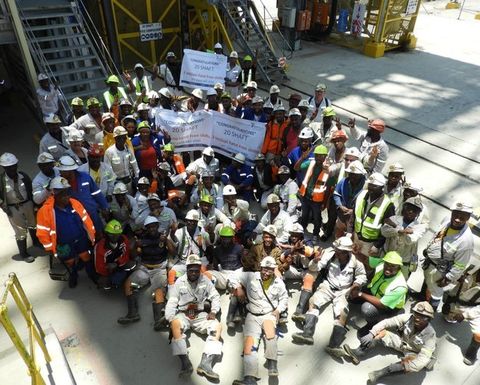 The company, which Bloomberg noted had not paid a dividend since 2013, declared an interim cash dividend of R1.25 per share.

It has also delayed the closure of shafts 1, 9, 12 and 14 at Impala Rustenberg, citing improved safety and operational performance and a structural re-pricing of the revenue basket. The closures and possibility of 13,000 job losses had been flagged in August 2018.

"These shafts have earned the right to an extended operating period through significantly improved mining performance," CEO Nico Muller said.

Implats said continuing 1 Shaft for its remaining life of three years secured 2,500 jobs, while 12 and 14 would operate "for the foreseeable future", securing more than 10,000 jobs.

It said 9 Shaft had limited remaining reserves and it would close "in the near-term" in line with original guidance.

However refined 6E PGM production was fell 17% to 1.32 million ounces compared with the first half, impacted by a scheduled furnace rebuild at Zimplats, acid plant maintenance at Impala Rustenburg and constrained power supply from Eskom affecting the group's smelting performance.

The company, which acquired North American Palladium in 2019 for R10.9 billion (US$751 million) in its first foray outside Africa, kept full-year refined production guidance unchanged at 1.45 to 1.55 million platinum ounces.

After the acquisition, Implats ended 2019 with net debt of R1.9 billion.

Impala Canada, as the division is now called, contributed 8,000oz PGM 6E in the 18 days of December since the acquisition and was expected to produce 120,000-150,000oz in the current half-year.

The results come as the annual PDAC conference in Toronto was told there were no signs of the palladium price cooling down soon.

Implats said the outlook for near-term global growth had once again become uncertain with the emergence of COVID-19.

"Despite this, in our view, the market fundamentals for both palladium and rhodium remain robust in the medium term, with strong auto-led growth and a limited supply response likely in the short term, despite higher prices," the company said.

Base pays dividend on Kwale performance, but Toliara delayed