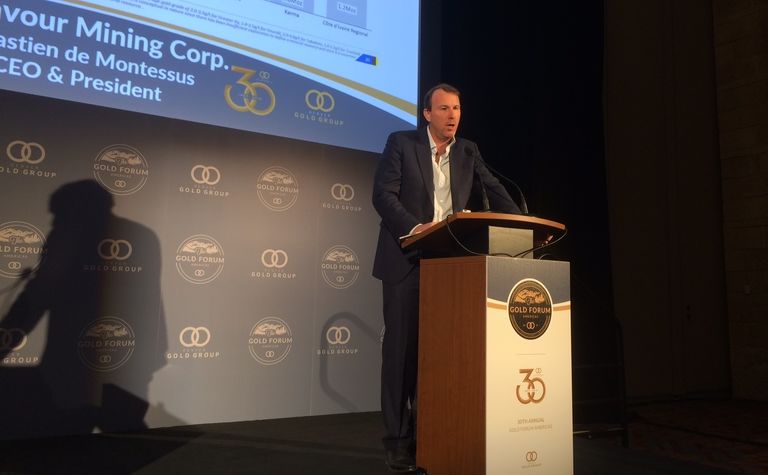 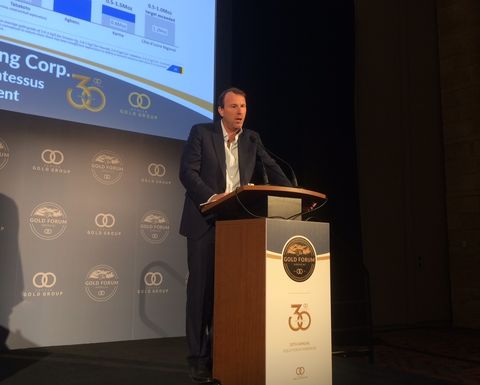 The Toronto-listed company said it would pay out US$60 million, or 37c per share.

Endeavour's share price (TSX:EDV) gained nearly 5% higher to C$30.74 during midday trading. Based on the company's closing price on Tuesday this week, the dividend yield is 1.6%.

CEO Sebastien de Montessus said the plan was to follow-up the first dividend with a biannual distribution at a similar yield rate until Endeavour reached a target net cash position of US$250 million.

"We've worked hard and invested heavily in recent years to build the platform we have today," said de Montessus on an earnings call. "I really believe this work is now paying off and we are looking good for the end of the year and into the future."

de Montessus said Endeavour continued to mull a secondary listing on the London Stock Exchange, an idea first floated in August. de Monstessus said management continued to evaluate the best venue between New York and London, and said the timing for a listing was about six months out. He expects to announce the final decision when the company reports its year-end results.

"With our first dividend announcement today, our next goal is to seek a secondary listing to broaden our appeal to investors and drive incremental investor demand through increased index inclusion," he said.

Endeavour is also considering a share buyback programme. "A buyback may become an attractive tool of returning value to shareholders if, and only if, the share price continues to be significantly underperforming," said interim CFO Henry de Joux.

A strong performance across the operating portfolio last quarter positioned the company to achieve its full-year guidance of 955,000oz-1Moz despite COVID-19-related setbacks and some ongoing operating challenges. Production improved 64% over the prior period to 244,000oz gold. The figure will grow given the Boungou restart and a ramp-up of Kari Pump at Hounde in the current quarter.

Endeavour also announced extensions to the mine life and improved guidance for its two core operations Ity, in Ivory Coast, and Hounde, in Burkina Faso.

Endeavour credited exploration success in the prospective Birimian Greenstone Belt at both mines for the improved outlook, with discoveries such as Kari Pump, Kari West and Le Plaque adding 2Moz to total reserves.

Endeavour also said it planned to fast track Fetekro in Ivory Coast to the pre-feasibility stage early next year. It has the project flagged to become a cornerstone asset.

Headline Q3 earnings more than doubled to $72 million, or 44c per share, as revenues improved 80% year-on-year to $482 million.

Endeavour put the extra cash to good use, deleveraging the balance sheet by $298 million to $175 million of net debt.

Endeavour on Tuesday responded to media reports, confirming it was in talks to combine with smaller rival Teranga Gold.

The company has a market value of $3.8 billion.

West Africa-focused miner is to pay maiden dividend after a stellar year.