South Africa-based Harmony Gold Mining has reported a 336% increase in net profit for the six months to December 31, thanks to the higher gold price and last year’s acquisition of AngloGold Ashanti’s assets in the country. 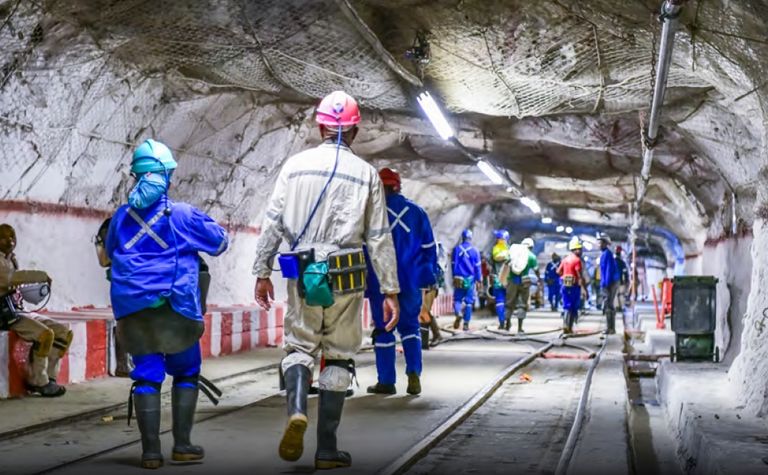 Headline earnings per share rose 211% to 775c, net debt was reduced 58% to R580 million and the company declared an interim dividend of 110c.

Harmony said revenue was up 39% compared with the previous corresponding period, mainly thanks to a "stellar" performance from its South Africa underground operations, supported by a 31% increase in the gold price received to R896,587/kg, plus the addition of the new assets.

"The exceptional performance achieved during H1FY21 substantiates the growth strategy that we set out to pursue at the beginning of 2016," he said.

"These effective business practices have allowed us to create a robust yet flexible balance sheet, with a war chest of available cash and facilities to deploy in both opportune or uncertain times."

While other South Africa-based miners have mooted plans to capitalise on decarbonisation efforts and possible tech metals acquisitions, Steenkamp said Harmony would stick to its main game.

"As we move into the next phase of our growth plans, we will continue to service our communities, stakeholders and employees by doing what we know best - mining gold," he said.

Harmony had forecast net profit would be up 325-339% for the period, when it provided a trading statement update on Friday, in line with JSE listing requirements.

Other South Africa precious metals producers have tipped and reported similar bumper earnings thanks to the surge in commodity prices and weaker rand.

Harmony reiterated its commitment to a safer workplace, having reported six fatalities during the six-month period. It has since reported three fatalities in the first five weeks of 2021.

"It is simply not acceptable and will never be acceptable," Steenkamp said of the fatalities.

The company had also lost 40 employees to the COVID-19 pandemic.

The company has committed along with other miners to assist with the government's vaccine roll-out as the country battles a second wave of the pandemic.

Harmony also updated its FY21 production and AISC guidance following the integration of the recently-acquired Mponeng mine and related assets, plus the amended plan at Target.

Harmony had no progress to report, however, at its proposed Wafi-Golpu joint venture with ASX-listed Newcrest Mining in Papua New Guinea, which it recently described as a potential game-changer.

Steenkamp reiterated the partners looked forward "to re-engaging with the state of Papua New Guinea and progressing discussions on the Special Mining Lease".

Tesla the miner? Possibly, according to Elon Musk