South Africa-based Impala Platinum has declared a record interim dividend of R10 and posted a 328% increase in headline earnings per share to 1,855c for the six months to December 31, citing a high rand PGM basket price and a strong production, safety and sales performance. 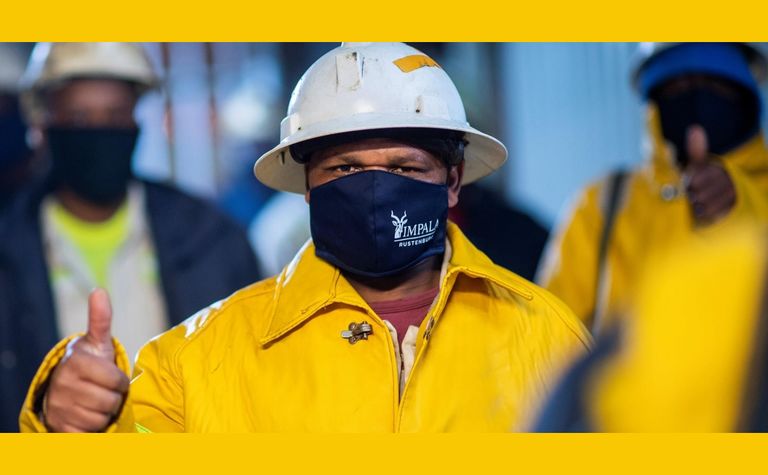 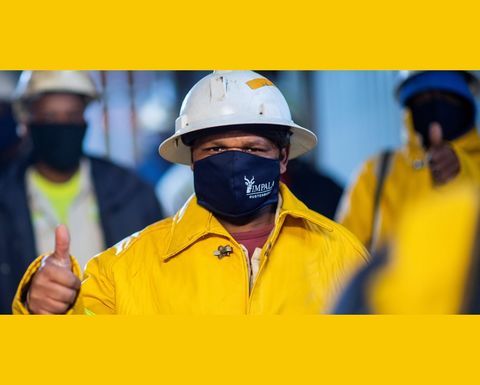 Implats had flagged the prospect of a plus-300% increase in HEPS earlier this month, in line with JSE listing requirements and along with similar statements from other South Africa-based precious metals producers.

Implats' half-year was also boosted by the inclusion of Impala Canada, which had only contributed 18 days post-acquisition to the previous corresponding period. The second half of 2020 was also impacted by unprecedented power outages in South Africa.

CEO Nico Muller said the company had delivered "stellar" results for the half-year despite the challenges of COVID-19.

"The focus is on maintaining operational momentum, leveraging the windfall on pricing to reward investors and secure future growth and sustainability for the business," Muller said.

Refined 6E production was 29% higher than the previous corresponding period at 1.69 million ounces, however group unit costs rose 9% to R14,292/oz 6E on a stock-adjusted basis.

6E dollar basket pricing was up 55% to US$2,197/oz, driven by stronger palladium and rhodium prices and rand revenue was up 71% on a weaker exchange rate.

Group refined 6E production is expected to be between 3.2-3.4Moz for FY2021, up slightly from the previously forecast 2.8-3.4Moz due to the strong first half performance.

Muller said a strong rebound in both demand and supply was expected in PGM markets in 2021.

"The factors driving current and future PGM demand and the characteristics of the economic impact of the pandemic continue to support our view that, ultimately, the impact of COVID-19 will be cyclical rather than structural in nature," he said.

"While the expected short-term deficits in palladium and rhodium have been moderated by the anticipated release of in-process concentrate inventory accumulated in 2020, they remain meaningful and lend support to elevated pricing."

He said platinum had benefitted from improving investor sentiment, palladium was supported by persistent physical tightness and the absence of substantial speculative investment support and rhodium was being driven by increased lower-emissions auto demand.

Implats said there were no fatal incidents for the six months, compared with three in the previous corresponding period and five for FY20.

It reported an 11% reduction in scope 1 and 2 carbon emissions per tonnes milled and said there had been an 18% increase in water recycled or reused.

It did refer to various issues at Marula and at Mimosa.

Implats said Mimosa had operated well "despite the complexities of the worsening COVID-19 pandemic in Zimbabwe and the increasing socioeconomic challenges facing its stakeholders".

At Marula, the company said the challenges of managing the ongoing pandemic were "compounded by reduced mining flexibility, community disruptions and the shortage of supervisory management, which was impacted by COVID-19 isolation requirements in Q2 FY2021".