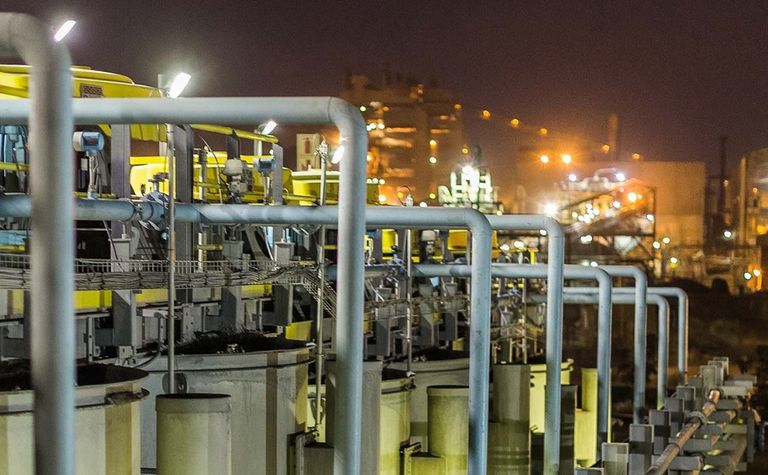 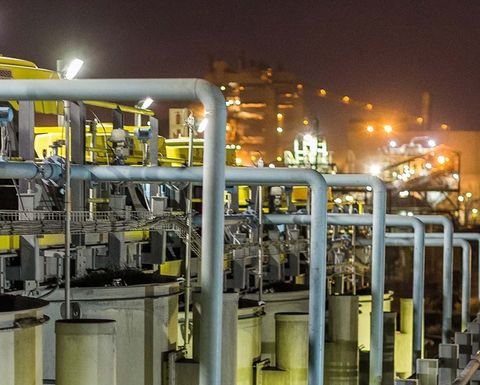 EBITDA was £29.3 million (ZAR622 million), while revenue jumped 110% yoy for the half to £53.4 million, driven by a 127% jump in PGM revenues at the company's South Africa operations, which it attributed to buoyant prices, a lift in throughput and operational efficiencies.
PGM output surged 34% to more than 28,000 ounces in the half-year. Chrome production was up 72%, helped by a start-up at the company's new Windsor 8 chrome plant in October.
Chrome revenue rose by 27% to £11.6 million as a result.
"This dual metal approach has served us well during recent periods with the low chrome metal prices cycle being offset by PGMs providing a robust upside as the PGM basket price demonstrated value increase," Jubilee chairman Colin Bird said.
"We are able to react to changing metal prices on a short-term basis assuring that we maximise contribution from our various ore sources."
Construction of a 80,000t/month chrome beneficiation operation near its Inyoni PGM plant in the Bushveld Complex, South Africa, is set to be completed in the June quarter - adding to its chrome business in the region.
On the copper front, Jubilee acquired the rights to more than 300 million tonnes of copper and cobalt tailings during the half year - the result of a string of acquisitions in Zambia, which are set to be the primary feed source of its new copper and cobalt processing facilities.
Jubilee plans to ramp up copper production in 2021 with an annual target of 25,000t in the next four years - marking a major jump from the 1,447t of plated copper cathode produced at its Sable Refinery to date.
Its first copper concentrator, Project Roan, is under construction with delivery of the first concentrate to the Sable Refinery in Kabwe, Zambia, scheduled for the next three weeks - despite severe disruptions caused by heavy rains in the region.
Jubilee finished the year with total assets of £152.9 million, including cash and cash equivalents of £9.8 million.
Shares in the company rose sharply in the second half of 2020, from about 3.4p at the beginning of July to just shy of 13p at the end of the year.
The company continued to gain in value early 2021, with shares now trading at 15.7p, valuing the company at £353 million.