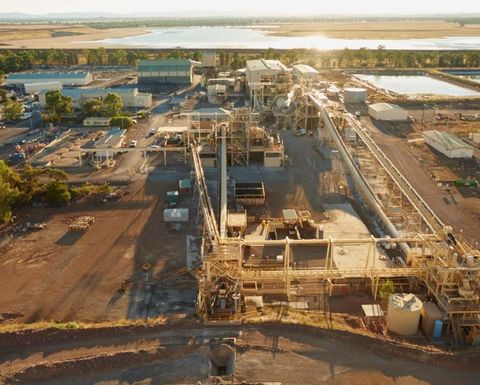 Triple Flag listed in Toronto in May after a US$250 million IPO priced at $13 per share.

It had reported record quarterly metal sales last month of 22,537 gold-equivalent ounces, 40% more than in the June quarter of 2020.

"Above and beyond the five-and 10-year production outlook, we believe there is considerable optionality related to potential life of mine extensions, expansions, and exploration from our 15 producing mines and 60 exploration and development assets in the portfolio," founder and CEO Shaun Usmar, a former Barrick Gold executive, said.

The board declared its first dividend of 4.75c per share, which Usmar said equated to a robust dividend yield of 1.7% on the closing share price on August 9.

Triple Flag intended to continue growing the dividend over time, he said.

The company received net cash proceeds of $245.1 million from its IPO and ended the quarter debt-free after repaying $7 million drawn from its $600 million credit facility.

It planned to release its inaugural sustainability report next month.

Market looks ahead to Franco-Nevada and Wheaton results