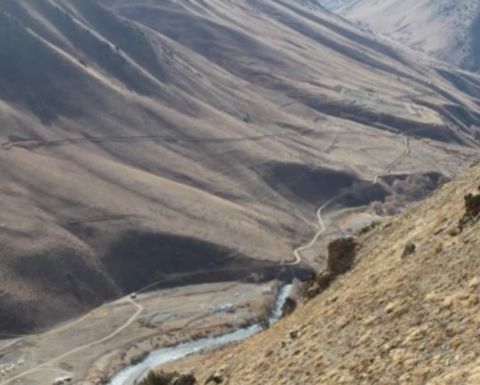 Chaarat has found a partner to construct the Tulkubash project

Chaarat signed a binding term sheet with Turkish mining and mine construction contractor Çiftay İnsaat Tahhüt ve Ticaret, which will be appointed as construction and long-term mining contractor for Tulkubash.

It said definitive agreements for the JV were likely to be concluded in the June quarter.

Under the agreement, Çiftay will invest US$31.5 million for a 12.5% equity stake in Tulkubash and Kyzyltash, which have an agreed combined valuation of $252 million.

Chaarat said Çiftay's investment in Tulkubash would cover a significant amount of the project's required equity, with total capital expenditure expected to be $120-130 million.

"This agreement illustrates our focus on shareholder value and ability to creatively fund the business on accretive terms," he said.

To avoid dilution to Chaarat's shareholders, the remainder of the capex will be funded via debt, which the company hopes to have secured by the end of the September quarter.

Çiftay has earthworks equipment at the mine site and has constructed a temporary construction camp to be ready for an early spring start to major earthworks, which had been negotiated at arms-length rates, representing an improvement to the terms indicated in last year's feasibility study.

Tulkubash construction is ongoing, with first gold production on schedule for 2021.

An updated feasibility study for Tulkubash is also on track to be published in the June quarter.

Chaarat Gold's largest shareholder has stepped in to refinance yet another loan.

Chaarat gives up on Kumtor