Lower jewellery demand and inflows into exchange traded funds have seen global gold demand fall to an eight-year low in the September quarter, according to the World Gold Council’s gold demand trends report.

Global gold demand and supply fell in the September quarter

Demand fell 9% year-on-year to 915 tonnes in the quarter, with total global investment demand down 28% to 241t.
The council noted that, while ETFs had grown by 19t during the three-month period, this was below the 144t influx seen a year ago.
The WGC said geopolitical issues had "continued to fan the flames of gold's investment case", with the war of words between the US and North Korea leading to a discernible increase in German-listed ETFs, while Brexit and terrorist-related incidents also reinforced investor interest in the yellow metal.
This was, however, offset by the US Federal Reserve signalling a rate hike in December, ETF holdings dropping in China, small outflows of Europe-listed ETFs, profit taking in the gold trading market after prices rose in July and August, and investors giving greater focus to "buoyant" stock markets.
Investec noted that it was a "concerning development" if underlying demand for gold was weak, particularly the investment demand from ETFs.
"Political risk from the North Korea threat and other issues have been supportive for gold, but if underlying demand is weak and political risks recede then the metal could face a correction," it said.
However, the WGC noted that demand from other sectors consolidated in comparison, with central bank demand healthy in the September quarter, up 25% year-on-year to 111t, while bar and coin investment strengthened by 17% to 222t, although from a low base.
China largely drove demand for gold bars and coins, with its demand up 57% on the year to 64t as it bought due to price dips.

"Two themes have underpinned China's market this year. First, from a macroeconomic perspective, fears over a potential depreciation of the yuan and the spectre of rising inflation continued to hang over investors. Second, there are relatively few alternative investment opportunities," the council said.
Central bank demand was largely driven by Russia and Turkey adding nearly a combined 95t of gold to global official reserves.
Global jewellery demand was down 3% to 479t, with the council noting that "jewellery volumes continue to languish below longer-term average levels".
The fall was mostly due to Indian buyers being deterred by the new goods and services tax introduced in July and tighter anti-money laundering regulations around transactions which came in August.
"While large, organised retailers, with their sophisticated accounting and inventory-management systems, were well equipped to cope with the transition to GST, smaller, unorganised retailers faced difficulties," it said.
Indian demand fell 25% on the year to 115t after three consecutive quarters of increases. Jewellery demand in the country was also adversely affected by rainfall during the country's monsoon season damaging crops in some areas and impacting rural incomes.
The WGC noted that the volume of gold used in technology increased for the fourth straight quarter, up 2% to 1,146t due to strong demand for LEDs and growth in using 3D sensors in smart phones.
WGC head of market intelligence Alistair Hewitt said it had been a "a tough quarter" for gold demand with India "coming to terms with GST and anti-money laundering regulations" and ETF inflows significantly lower than last year.
"But there were some real bright spots: retail investment demand in China grew for the fourth consecutive quarter; the Turkish and Russian central banks added to gold reserves; and, after years of declines, we also saw increased use of gold in technology, supported by the demand for high-end smartphones," he said.
Meanwhile, total gold supply also ticked lower, dropping 2% year-on-year to 1,168t in the September quarter.
Mine output fell 1% year-on-year to 852t, due to Chinese production dropping in response to regulations concerning cyanide discharge in tailings, Tanzanian output falling due to the dispute between the government and Acacia Mining (LN:ACA) and lower production from Burkino Faso.
These issues were partially offset by new mines ramping up production to boost output in Suriname, Canada and Argentina.
On the flipside, production on a year-to-date basis was at a record high.
The council said the September quarter was the fifth consecutive quarter of net de-hedging, with the global hedgebook cut by 24% to 218t.
Gold recycling also fell 6% to 315t, with activity continuing to normalise after increasing in 2016. Europe and the Middle East were the biggest drivers of the recycling decline. 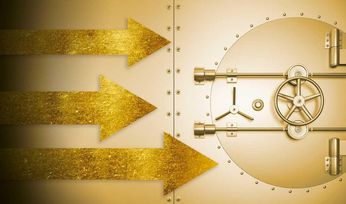 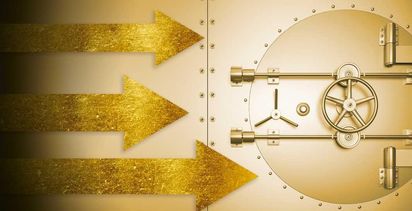 Extra mine life seen for Sissingue