Liechtenstein-based investment and asset management company Incrementum has published its annual In Gold We Trust report and spelled out the factors signals which should be positive for the yellow metal and gold equities going forward. 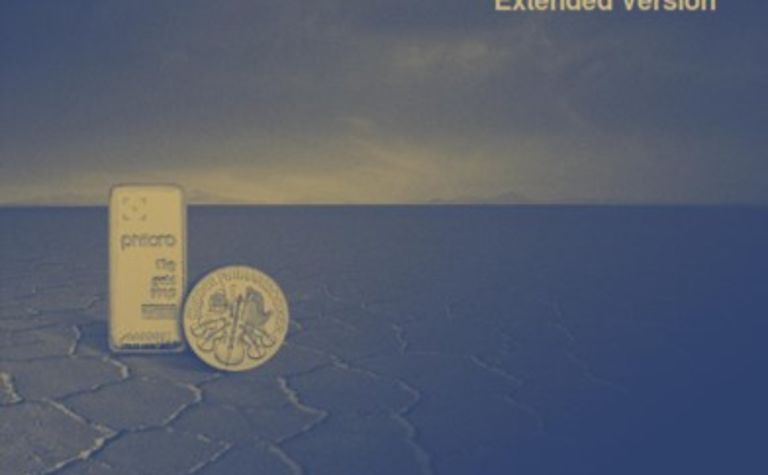 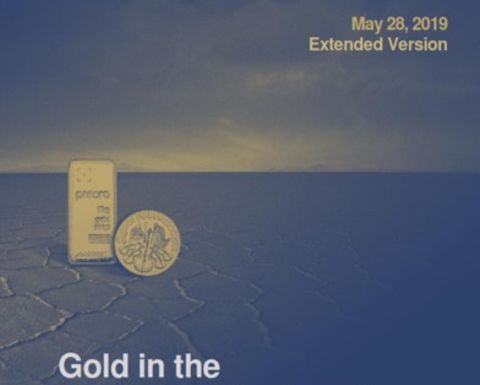 In Gold We Trust report

"The breakdown of trust in the international monetary order is manifesting itself in the highest gold purchases by central banks since 1971 and the ongoing trend to repatriate gold reserves … Gold plays an important role for central banks. In 2018, they added more gold to their reserves than in any year during the last five decades," it said.

The report said the hegemony of the US dollar was entering its twilight phase as confidence in "king dollar" as the go to risk-off asset of choice eroded due to US politics, foreign policy and economic policy. "We are convinced that the boundless trust in the US economic engine and the US dollar might begin to crumble in the coming months," Incrementum said.

Aggressive policies of the Donald Trump administration were undermining confidence in the US dollar as the reserve currency, such as precipitating a trade war with China and its re-imposition of sanctions against Iran which had alienated the European Union. "Europe has taken the new US sanctions against Iran as an opportunity to expand the euro's infrastructure. Brussels wants to secure the second spot and establish the common currency as a fully-fledged alternative to the US dollar in the medium term," Incrementum said.

As the power of the US and dollar wane, China will continue its economic rise as it continues to liberalise its financial markets, while its Belt and Road Initiative (BRI) will continue to extend its economic and political influence around the world. "Amid further financial market liberalisation, the gold market could experience a strong surge in demand on account of bullion purchases by Chinese institutional investors … BRI is going to cement China's position as the world's top-ranked gold consumer as well as producer and will keep boosting physical gold trading at the Shanghai Gold Exchange," the report said.

While the outlook for gold metal is positive, Incrementum believes gold stocks benefit will benefit as gold grows in importance, not least because companies have undergone a process of transformation to focus on generating profits.

"Despite the interim stock crash in Q4/2018 gold has never been so cheap compared to stocks in more than 50 years … After several years of creative destruction in the sector, most companies are now on a much healthier footing. The recent M&A wave reinforces our positive basic assessment," it said.

The report said the gold mining industry was becoming more investible with many companies having made meaningful changes to improve performance and returns. "Gold producers must then draw a link between what they need to deliver to investors with how they plan, finance and run their businesses," it said.

For Mark Burridge, managing partner of Baker Steel and author of a chapter on gold equities, this means gold equities have a chance to appeal to general investors again. "As macroeconomic factors align to drive a resurrection in gold, miners of the metal have the first opportunity in a long time to re-emerge as an investible asset class. The question is which companies are making the changes needed in the way they operate in order to generate sustainable returns?" he asked.

This sentiment was underscored by a comment from Rick Rule, senior managing director at Sprott. "For the first time in my lifetime the gold mining industry has actually decided to become an industry rather than a floating abstraction. This focus on productivity, this ability to deliver economic results in 2018 combined with the expectation of performance in the mining industry, which is nil, is going to yield surprise after surprise after surprise ... with damn near all of those surprises being good," he said.

The development and uptake of innovative technology will assist with gold equities becoming attractive to investors again with significant gains expected given the mining sector's relatively recent willingness to embrace innovation.

"Gold mining is entering a technology disruption phase, unlocking a new era of profitability for investors. Operation centres will control the automated operations of a mining region under one roof. Cheaper exploration costs and greater discovery success are needed in order to meet gold's future demand. Blockchains can unlock value for producers, proving their gold is conflict-free," the report said.