The Tesla Cybertruck is not Jon Hykawy’s cup of tea, and it may be a little symbolic of broader issues with electric, or “new energy”, vehicles trying to get more traction in the global auto-market. But the Stormcrow Capital president believes the “thing has a target market” and likely has a future, even if it looks like something from the 1980s movie, Back to the Future. 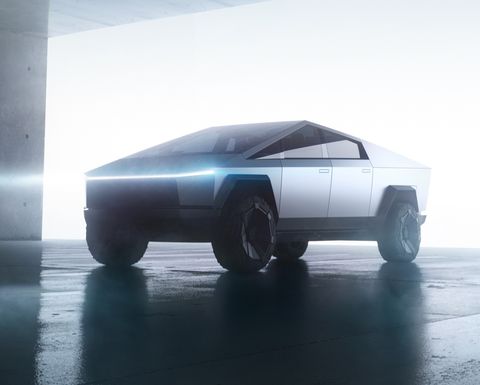 "The Cybertruck looks like something that should have been unveiled on April 1st and I for one won't be booking my spot in line," Hykawy wrote this week.

"But this thing has a target market, just as the original Tesla Roadster did.

"Might [consumers] be put off by the lack of colors and a weird design? Maybe. But is an all-battery design for this type of vehicle stupid? Not at all.

"But like all leaps forward in the auto industry, this will take some serious time. After all, the automatic transmission became a serious option on North American vehicles in the 1970s, but has only recently made strides that render the use of manual transmissions nearly redundant. Lots of engineering and thinking is needed before electrified vehicles will represent the majority of new vehicles sold, and this includes concerns about the availability of critical materials."

Hykawy said the lithium and other battery minerals investor hadn't been among those peddling "nonsense … [about] 35% of global automobile sales [being] battery electric vehicles by 2025". Still, flat sales in 2019 compared with 2018 in the world's biggest new passenger vehicle market was "not exactly disastrous when compared to Chinese automotive sales generally, or what happens through the cycle of the growth in any new product".

"Electrified vehicles are one of the only avenues for automobile manufacturers to cut their cost and try to sell to a reluctant younger audience that doesn't see the same value in owning a car worth essentially 100% of their annual income. While the car makers have been pursuing the building of zero emission vehicles due to regulatory requirement, it is very likely that the new energy vehicle of the future won't be a large battery connected to an electric motor, because that large battery is simply too expensive.

"No matter what the cost of a very large battery is in future, the fact is that a smaller battery will be less expensive. That isn't something that is open to debate. A new energy vehicle with a smaller battery doesn't necessarily need to have less acceleration or poorer options or even be smaller in any way, it just won't be able to travel as far without recharging. While there is a hangover in the auto industry that the expensive vehicle should have the best appointments and the best performance, cars wrapped around batteries are likely to have to disprove this, simply because a big battery is expensive and heavy, possibly requiring both the amount of optional equipment and performance to suffer.

"Now, whether consumers will be satisfied by vehicles with only 200km or 300km range between recharges is an open question, although many such vehicles have been sold in China. But we also have the option of putting inexpensive range extenders on these vehicles, as in our previous discussions of series hybrid designs.

"Whether these are winning engineering paths is something we will discover over the next decade."

"Of course, how many potential buyers will be driven off by the possibility of everyone calling them [Back to the Future's Marty] ‘McFly' on a job site, or asking what size flux capacitor their new truck runs, only time will tell."