Seabridge Gold (CN:SEA) will look into the early development of its Iron Cap deposit as a “high priority” after drilling long intersections at some of the highest grades seen to date at its large-scale, shovel-ready KSM project in British Columbia. 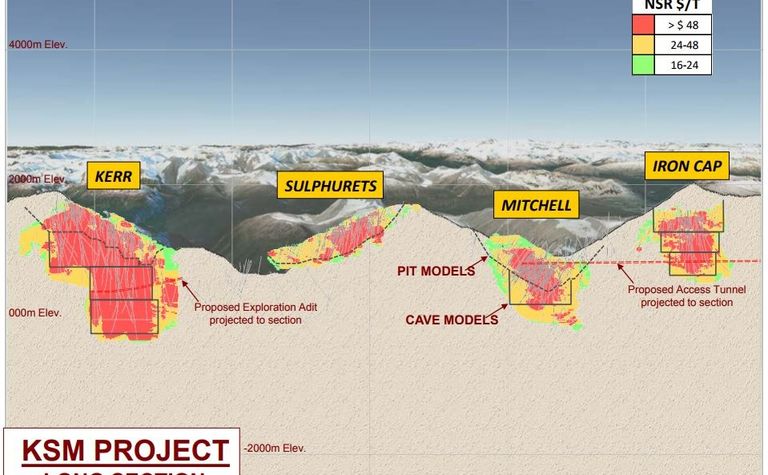 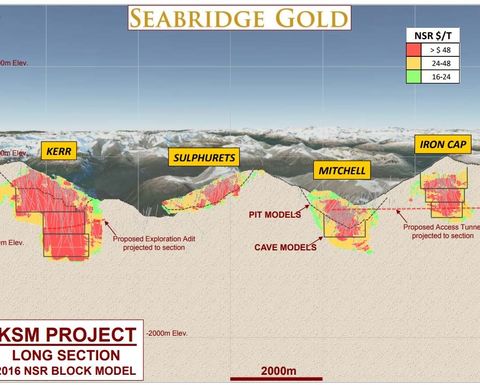 The company had indicated last month it was considering changing development plans for the KSM project as Iron Cap's drilling success continued.

Chairman and CEO Rudi Fronk said yesterday the "unqualified success" of this year's drilling indicated Iron Cap was approaching size parity with the Mitchell and Kerr deposits at KSM but had zones of higher metal values.

"We now see the early development of Iron Cap as a high priority for further study due to its grade, location and size," he said.

"Revising the project's mine plan to reflect this thinking would likely have a positive impact on KSM's projected economics."

A study last year outlined a 51-year mine life with an annual average production of 592,000 ounces of gold, 286 million pounds of copper and 2.8Moz of silver and base case life-of-mine operating costs (net of copper and silver credits) of negative US$179/oz of gold.