An ongoing drilling programme is giving mid-tier producer IAMGOLD (CN:IMG) increasing confidence as it works to prove up a maiden reserve at Saramacca, 25km southwest of its 95%-owned Rosebel gold mine in Suriname. 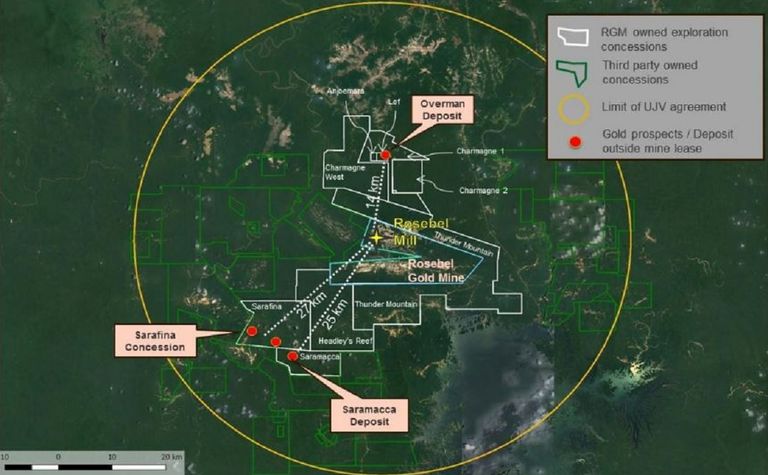 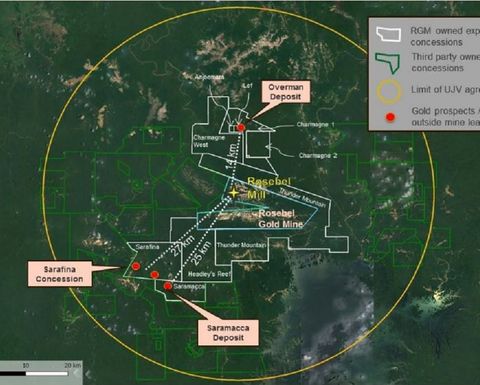 IAMGOLD expects to release a maiden reserve for Saramacca in 2018

The company kicked off a 22,000m programme after announcing a maiden resource in September of 1.02 million ounces indicated and 518,000oz inferred.

Among the latest highlights, the company intercepted 34.5m grading 4.5g/t in an expansion drill hole and 39m at 3.47g/t in an infill hole.

Exploration senior vice president Craig MacDougall said the programme was not only increasing confidence in the existing resources, but was extending mineralisation below the initial resource pit shell which was expected to have a positive impact on future resource estimates.

IAMGOLD expects to have a reserve out in 2018 and is targeting production in 2019, with preliminary engineering work, field work and an environmental and social impact study underway.

The company's attributable gold production was up 3% in the third quarter compared with the previous period at 217,000oz, with all-in sustaining costs 7% lower at US$969/oz sold.

Rosebel contributed almost a third of total production with 75,000oz for the quarter, a slight increase on the previous corresponding period.