GT Gold (CN:GTT) is planning an “aggressive follow-up” this year to its two new discoveries at the Saddle project in British Columbia’s Golden Triangle as the final results from initial drilling in 2017 provide further high-grade intercepts. 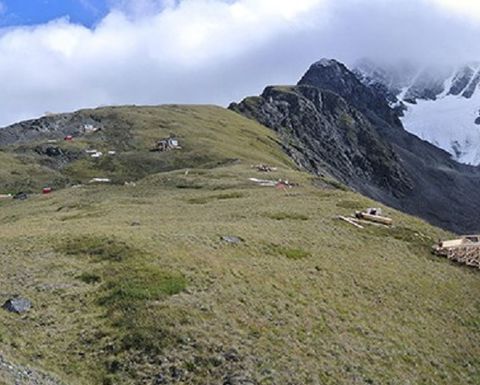 President and CEO Kevin Keogh said the company had confirmed the Saddle system was "rich and extensive" with the discoveries of the high-grade epithermal gold-silver at both Saddle South and North, and the porphyry-style copper-gold-silver at Saddle North's east end.

"Both discoveries warrant aggressive follow-up and we are formulating plans for what promises to be a successful 2018 exploration programme," he said.

The company has increased its holding in the area, staking an additional 6,645.65ha of claims covering the land approaches to the Saddle gold discovery in November.

It started October with C$4.9 million (US$3.9 million) in working capital.

Exploration success at Saddle South in the third quarter of 2017, within a month of the discovery hole, captured the market's interest and saw the share price rise rapidly above C$2.60.

The price has since dropped back; yesterday it rose 3.17% to 65c, still about three-times higher than it was 12 months ago.

Adds to position in Golden Triangle