Foran Mining Corporation’s (TSXV: FOM) stock price has continued to climb this month – to levels not seen for five years – as the company looks to position the 30-year-old McIlvenna Bay multi-metal VMS discovery as a serious development play in 2018. The company this week said it had restarted exploration, and infill drilling to firm up the resource that will underpin the feasibility study also flagged this week. 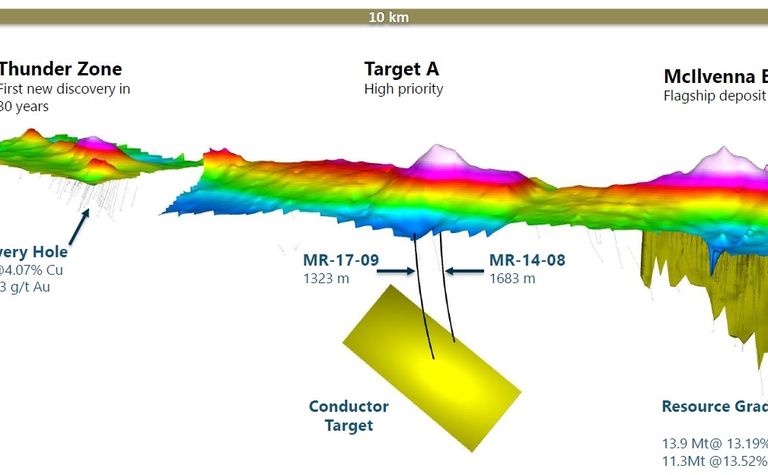 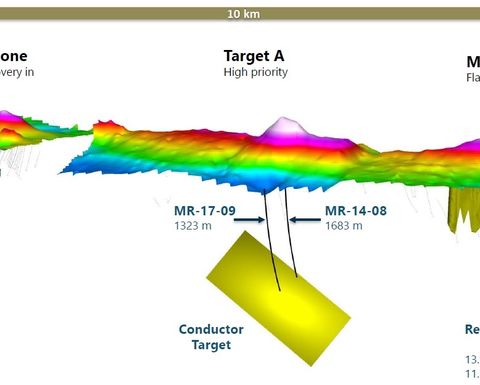 Foran's shares have bounced from C39c to 58c so far in January after the company raised C$4.95 million at an average 49c through a non-brokered private placement late last year.

Its market value now is around C$65 million.

Foran said this week it was moving to feasibility study stage after "preliminary analysis" of McIlvenna Bay by Swiss metals group Glencore under their technical services agreement. Glencore is due to finish a comprehensive review of project data next month. Under the agreement reached last year, it gets exclusive offtake access to minerals produced from McIlvenna Bay in return for providing technical services, including taking over engineering and technical aspects of the feasibility study, expected to take nine months, and helping Foran seek project finance.

It would also continue drilling, previously aborted due to unstable ground, on a large geophysical target - "Target A" 2km south-east of the main McIlvenna Bay deposit - Soares said at the Vancouver Resource Investment Conference this week was a "potential game changer" for the company and project.

He said drill-hole MR-17-09 was prematurely suspended last April when drilling had reached 1,323m depth and a sudden spring thaw compromised the integrity of the drill set-up and access roads.

"We are excited to be back on site and advancing our McIlvenna Bay assets, including Target A," Soares said.

The up-dip extent of modelled conductor plates was interpreted to lie just beyond the end of MR-17-09.

Soares said a diamond drill was on site and had re-entered MR-17-09. Another drill pad had been set up in anticipation of a third deep hole at Target A.

Deterra aiming to hit the board in late October

Another challenge for Galantas