Explorer Cypress Development Corp (CN:CYP) has announced the best results to date from drilling at Dean as it nears a maiden resource for its Clayton Valley lithium project, next to Albemarle’s long-running Silver Peak brine mine in Nevada. 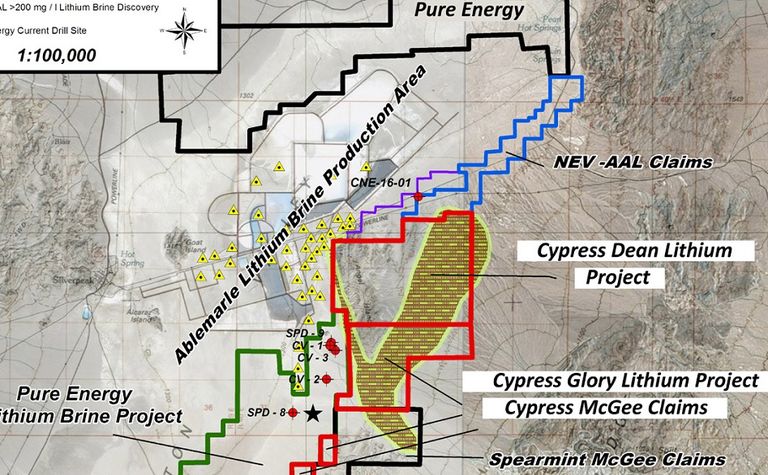 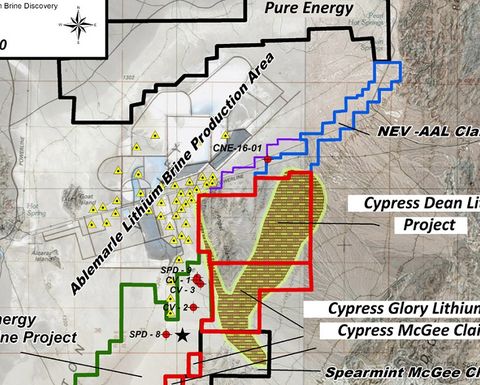 Nearing maiden resource for project next to Albermarle mine

Cypress says its exploration has discovered an extensive deposit of lithium-bearing claystone adjacent to the brine field and with mineralisation tested over a 7km trend, it believes the Dean and Glory deposit means Clayton Valley has the potential "to impact the future of lithium production in North America".

"The two intersections, located in the south-eastern corner of the Dean property, are the best the company has drilled to date in terms of contained lithium," the company said.

It said the two holes were deeper than most of the previous 14 as Morningstar Drilling had gained experience in coring the soft mudstones, which resulted in an increase of 50%-100% in the length of mineralisation observed in nearby holes.

Shares in the company were trading at C12.5c a year ago and hit a peak of 34.5c in December. They lost 1c yesterday to 23c, capitalising Cypress at $12.7 million.