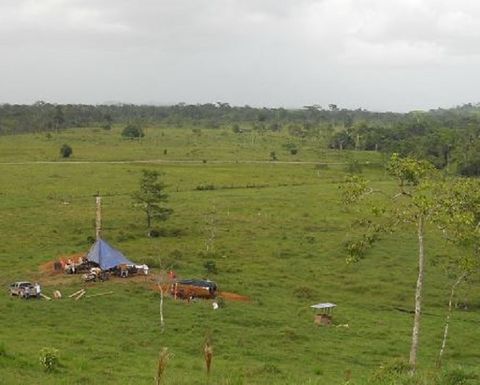 About 90% of the resource is contained in underground deposits grading 7.05g/t AuEq, with the remaining openpit resource comprising 1.2Mt at 2.13g/t for 82,000oz AuEq.

Calibre Mining Corp (CN:CXB), the 49%-owner of the project and the current operator, has begun the 2018 exploration programme, funded by IAMGOLD (51%).

The initial 6,000m of diamond drilling may be expanded to 10,000m depending on results.

"Numerous vein systems and targets remain to be explored and the potential for resource additions and further discoveries is considered to be favourable," he said.

IAMGOLD has entered the second stage of the agreement to earn a further 19% in the project and must pay US$450,000 plus spend $5 million on exploration.

Calibre shares were unchanged at C8c, representing a fall of almost 39% year-to-date.