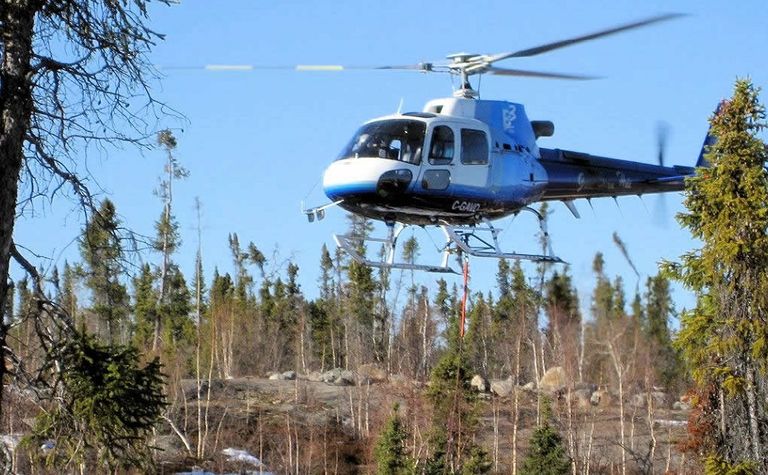 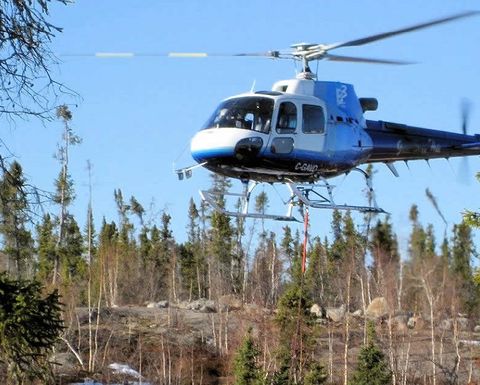 Getting back on the ground. Nighthawk Gold has restarted drilling at Indin Lake

The company said the last field season's discovery of a high-grade gold showing at Treasure Island, a new mineralised gold zone within the Nice Lake Sill, a newly defined and "extensive gold system" at Swamp, and improved definition of a high-grade gold trend at Leta Arm, had given its exploration team plenty to think about in the lead-up to this year's drilling and other work, which got underway last month.

Nighthawk said in March a 25,000m diamond drill program on 100%-owned Indin Lake would run through to September this year, with three rigs active. Extensive geological mapping, prospecting, and ground geophysical programs would start by mid-June, "directed at better defining known targets and generating new opportunities, with the goal of advancing Nighthawk's many regional showings and deposits to a drill ready status".

"The camp has never seen this scale of activity, and given its largely underexplored state, additional near-surface discoveries are to be expected," Byron said this week.

"Nighthawk is the first company to consolidate the Indin Lake gold camp, including all its gold mines, deposits, and showings.

"Being well capitalised, we are fortunate to have been able to steadily expand our regional exploration activities outside of Colomac, and advance some of our other prospective Indin Lake area deposits and prospects.

"Colomac is already a multi-million-ounce gold deposit, with a new high-grade storyline that sits in the centre of an Archean gold camp populated with numerous near-surface gold deposits and showings.

"Given the camp's underexplored nature, we see tremendous opportunity for expansion of known prospects as well as for new discoveries."

Nighthawk has a 899sq.km land package on the Indin Lake Greenstone Belt, about 200km north of Yellowknife. It has reported an inferred resource of 39.8 million tonnes at 1.64g/t for 2.1Moz at Colomac.

The company said its district exploration focus was on augmenting the Colomac resource.

"To that end, an aerial LiDAR survey was completed in June that provided full coverage of the company's Indin Lake property. The detailed survey has proved invaluable for ongoing geological mapping, structural studies, and prospecting programs directed at select high-priority Indin Lake prospects," it said.