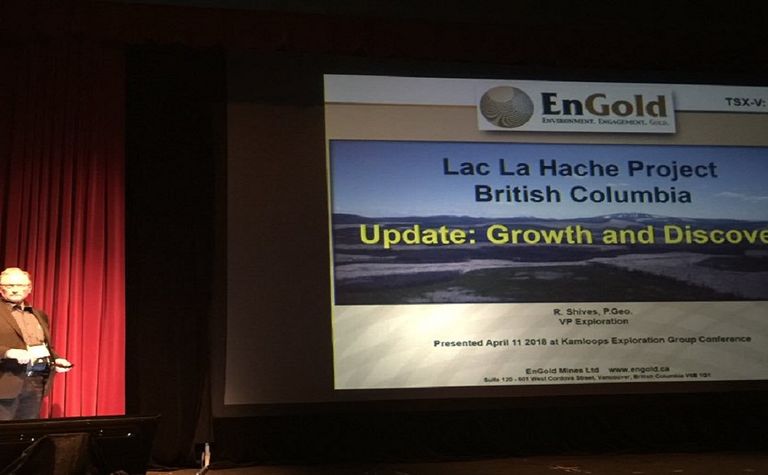 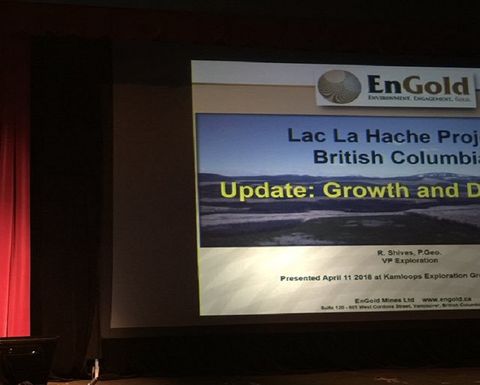 The Vancouver-based junior said it would initially target down-dip and on-strike extensions of the high-grade copper Spout North Zone within the Spout copper deposit. The aim, according to CEO David Brett, is to examine the potential to rejig the project from a previously conceptualised low-grade openpit operation, to a high-grade underground undertaking.

"Our plan with Spout Copper is to publish a recalculation of the resource based on a high-grade, underground mining model later this year, using the new 2018 drilling results and the 200-plus Spout drill holes we already have," Brett said.

Drilling will focus on depths below 100m, where the company hopes to "add considerably" to the modelled Spout tonnes.

EnGold vice president of exploration Rob Shives said this was an important step in the company's objective to define sufficient tonnes from multiple deposits to support an economically and environmentally responsible underground mine at Lac La Hache.

The Spout Copper deposit, owned and expanded by EnGold since 1988, is defined by two known zones, named the North and South Zones. Both zones outcrop at surface and occur within carbonate-rich Nicola volcaniclastic sediments. The South Zone is horizontal, with true thicknesses varying from a few metres to more than 40m. The North Zone is also stratabound but is vertical, with a strike of 500m and true thicknesses ranging up to 20m locally.

The previous maiden resource estimate for Lac La Hache, prepared by SRK Consulting, assumed only a lower-grade openpit operation, but this meant excluding a large, unknown volume of higher-grade material (1-to-2% copper) occurring below 60m within the vertical North Zone. Drilling completed in 2011 has demonstrated that higher-grade material occurs within the North Zone, below 350m vertical depth and remains open. Much of the North Zone strike length remains completely untested below 100m.

EnGold believes that the Spout copper deposit has the potential to host 3.5-to-4.5 million tonnes, grading 1.5-1.7% copper.

Drilling in the G1 Copper and Gap zones is expected to get underway in July.

EnGold also announced that it had successfully added 2,566 hectares of new mineral claims on the northern part of the Lac La Hache property, to cover ground believed to have exploration potential.