Abitibi explorer Enforcer Gold (TSXV: VEIN) says its phase one drilling programme at the Mop-II copper-gold deposit in Quebec has “exceeded expectations” with results including 219.7m at 0.73g/t gold. 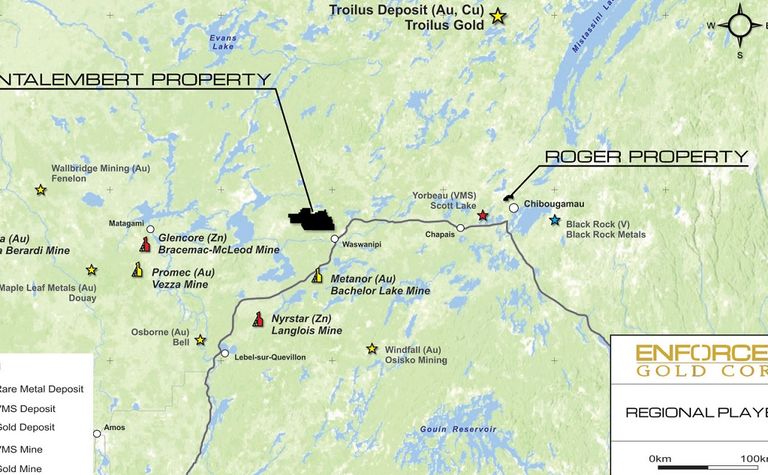 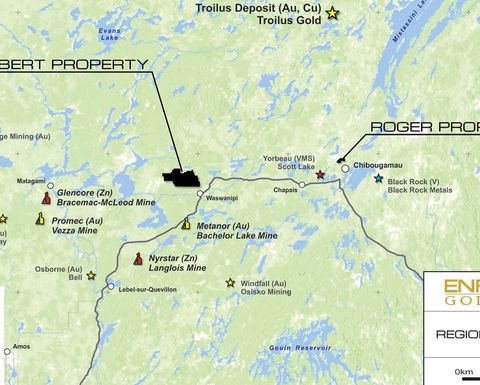 Mop-II has an historic resource and president and CEO Steve Roebuck said the twinned holes showed the mineralisation was very consistent throughout each hole, and in most cases the grades and widths had exceeded the historic results.

"This has significantly boosted our confidence on the potential for defining a bulk-tonnage deposit at Mop-II that is potentially amenable to lower-cost, openpit mining techniques," he said.

The company is planning its next exploration phase and intends to update the project's resource later in the northern hemisphere summer.

Mop-II is at the Roger project, 5km north of Chibougamau, where Enforcer is earning a 50% interest from operator SOQUEM under a deal struck in January.

Enforcer is also exploring at the Montalembert gold project, also in the Abitibi greenstone belt, where it is earning 100% from Globex Mining Enterprises.

Enforcer had about C$2.5 million (US$1.9 million) in cash and equivalents in April.