Marathon Gold (TSX: MOZ) has reported its best intersection so far in step-out drilling at the Sprite Zone bog area as it resumes exploration at Valentine Lake in Newfoundland. 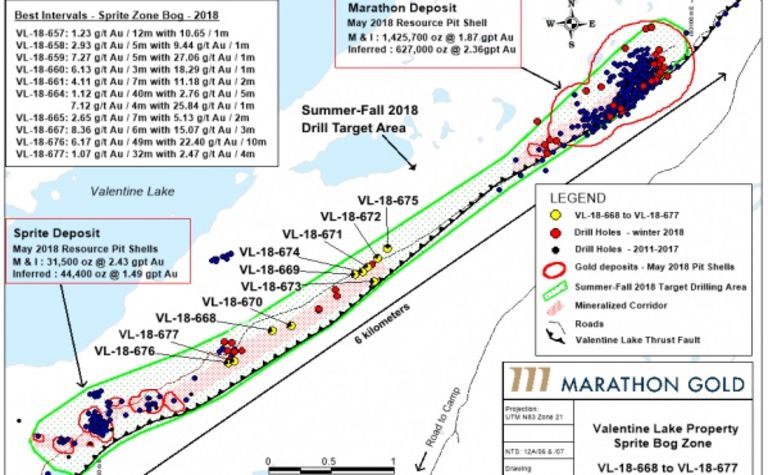 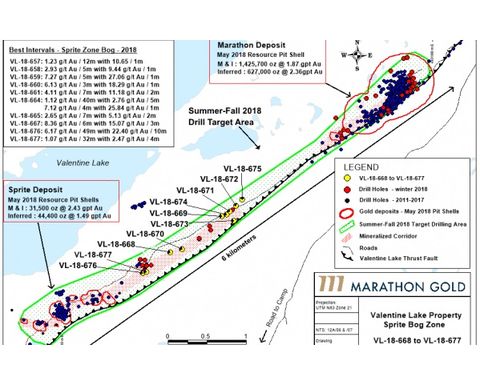 "The step-out drill hole VL-18-676 is the best intersection in the Sprite Zone so far and a fine start to the summer exploration program at the Valentine gold camp," president and CEO Phillip Walford said.

The company released a positive preliminary economic assessment for the project last month, which outlined a preproduction capex of US$380 million, average annual production of 188,500 ounces of gold over the first 10 years and a 2.8-year payback.

Walford said Marathon's current goal was to discover new gold deposits and increase the measured and indicated gold resources ahead of a prefeasibility study.