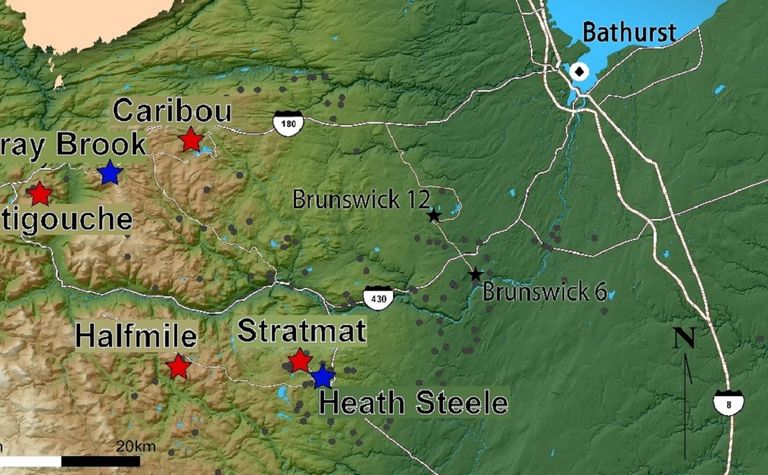 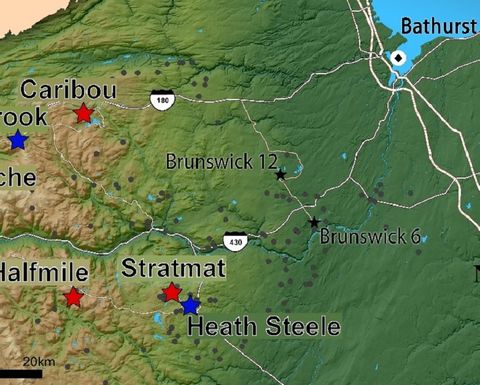 The company said drilling during the second quarter at its Restigouche property, designed to increase confidence in historic data and facilitate underground mine planning, confirmed thick, stacked zones of the high-grade mineralisation.

"The combination of ongoing exploration success and strategic acquisitions in the Bathurst Mining Camp has delivered a strong pipeline to support our life-of-mill plan at Caribou," president and CEO Dr Mark Cruise said.

Trevali has four properties and two under option in New Brunswick.

It also owns the Santander mine in Peru and 90% of both the Rosh Pinah mine in Namibia and the Perkoa mine in Burkina Faso.

Its shares have been on a downward trend this year and last month's gains, on upping its Rosh Pinah stake and strong exploration results at Perkoa, have been wiped out.

Trevali shares dropped to a 52-week low of C81c as the zinc price moved lower on the London Metal Exchange on Thursday, then closed up slightly on Friday to 84c.